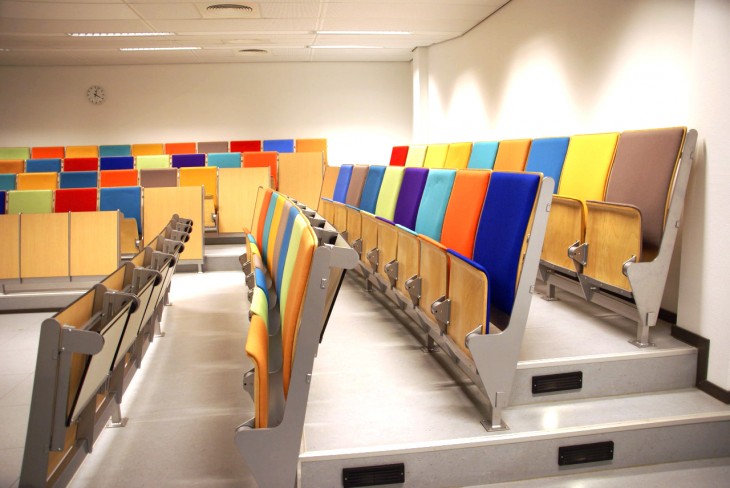 Just two weeks after breaking new ground in the US – where its first courses have been approved by the American Council on Education – Coursera has almost doubled its university count again: today the education startup has added 29 new universities from 13 countries around the world. Given the 33 institutions already offering their courses online to anyone for free via Coursera, the total count is now at 62.

The company proudly noted that this figure is more than any other Massive Open Online Course (MOOC) provider, and made a point to reveal it has so far registered a total of almost 2.8 million users who are enrolling in approximately 1.45 million courses per month.

This Google map shows the partner universities across the globe (red pins are newly joined universities):

Here are the new 29, 16 of which are international institutions:

Coursera will be getting new courses available in native French, Spanish, Chinese, and Italian. The three last ones are completely new to the company, as it has not offered courses in those three languages before. The company will also be hosting more courses from universities at the top of their respective fields, including leading schools of Business, Medicine, Engineering, and the Arts.

“One of our top priorities is to reach the people who need education the most, including those who would not otherwise have access to the of type courses offered by the institutions that we have the honor of working with,” Coursera co-founder Daphne Koller said in a statement. Coursera co-founder Andrew Ng added: “With the addition of so many new courses across a wide range of disciplines, languages and academic approaches, we are now able to meet the needs of a more diverse student body, and give students more academic options to explore.”

Coursera recently began offering students opportunities to receive credit and recognition for their work. While these new courses aren’t available yet as part of this initiative, the company is doing its best to make sure they will be added some day.

Read next: BillPin is a handy app to split bills between friends and keep track of who owes what