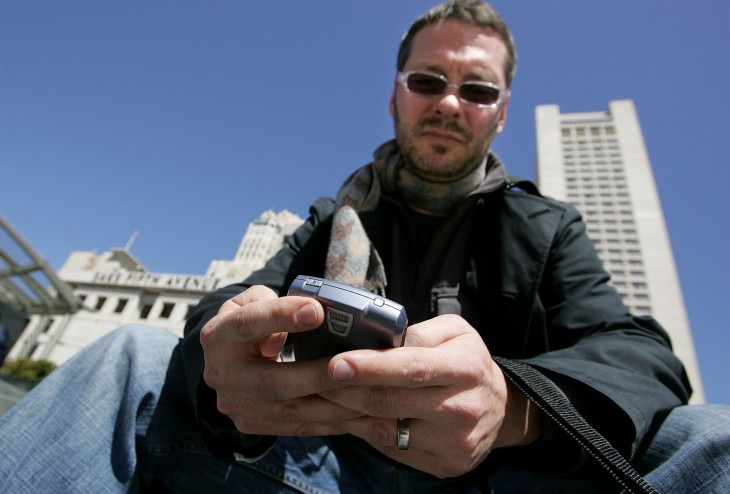 Everyone shudders in fear when they think about their email inbox, especially when you’re viewing it on an iOS device. Let’s face it, besides our normal correspondence between friends and family members, inboxes face a barrage of emails from other places like those daily deal sites and social network notifications.

The current email app on the iPhone isn’t efficient enough to handle the scale. Cloze hopes that it can help overcome this “inbox overload” and be a service that will filter through the noise and surface those messages that are relevant to you.

Launching today, Cloze is an iOS app that brings together all of your relationships from email and social media into a single view. Previously, it was only available as a web-client, but now it has moved to a robust mobile offering. As the company will tell you, the service places an emphasis back onto the human being sending it instead of placing priority on the channel from when it came. Cloze says that from its early web app users, they needed to be able to have quick access to the people that matter the most throughout the day. But at the same time, these users also needed to have an app be set so that it’s automatically sifting through your messages finding the ones that are important.

The launch of Cloze comes just several weeks since the launch of another inbox solution, Mailbox. Additionally, it follows suit with what Aol did with Alto several months ago when it launched to also help manage your email accounts — granted Alto is only web-based while Cloze is now mobile.

The premise behind Cloze centers around three core ideas: unite contacts, email, and social data under one area, create less noise through smart filtering of “non-humans and those you don’t know well”, and place people first, the channel and time come second.

Having analyzed over 1 billion messages sent to more than 25 million connections, the company came up with a Cloze Score to help ascertain a metric that will determine the relevancy. That score is being used to determine who is in your Key People list — it is automatically updated based on continuing relationships and activity and will be used to decide which communication gets sent through to you and what doesn’t.

When setting up the app, Cloze will import in as much information as you want from Gmail, Yahoo, Exchange, and other providers, in addition to Facebook, LinkedIn, and Twitter. You can create however many lists you wish and even flip-flop between emails or social notifications. The app will allow you to bookmark it for later, respond, or simply mark it as read.

The app also functions as a “modern address book” in an attempt to give you more context for your contacts. It says that with one tap, users can have any email and social history for any contact displayed before reaching out.

Cloze says that it can also help get users closer to the fabled “Inbox Zero” whereby the app offers a setting to choose which emails are shown in the “What’s New” tab, how Cloze will clean up email inboxes, and whether emails are archived like in Gmail.

The company says that it’s a secure system — it offers multiple layers of security around user data ranging from access protected data centers through to network and application level security. OAuth protocols are used whenever possible and all messages and passwords are encrypted.

We tested the app out and one of the things that we noticed was when we entered in all the credentials for our email and social accounts, the app displays a message saying that it could take a few minutes to a few days to analyze and index the data.

The app appears to only allow only one of every kind of email to be entered. Since we had multiple Gmail accounts, we realized that once we’ve authenticated one the first time, we could not go back an add another one. This might be a bug, but if not, this could be a deal-breaker for some people. [Update: We’ve heard back from co-founder Alex Cote, who tells us that you can add as many email accounts as you’d like, but the flow provided by Google can be confusing.]

It’s interesting to note that once you’ve gained access to the service, you’re not using the native Gmail or iOS mail client. All your emails will not be displayed in Cloze — only those that the system deems as relevant so don’t be surprised if you see “You’re done” on all the screens. The entire experience is new compared to what you may have been used to, but eventually people will hopefully get a hang of it.

When you look into the social layer of the application, in some ways, it resembles Flipboard and Zite in that you can sort through the tweets and status updates of Key People, but then tap to take a look at the links that they have shared.

Overall, the purpose of this app is a noble one, but the user interface seems a bit disorganized and requires a bit more time using it before one can be completely comfortable depending on it.

Whether this service will help remove the inbox overload will very by person, but it looks to hold some promise.

Read next: Ustream officially launches its pay-per-view option after two years in beta