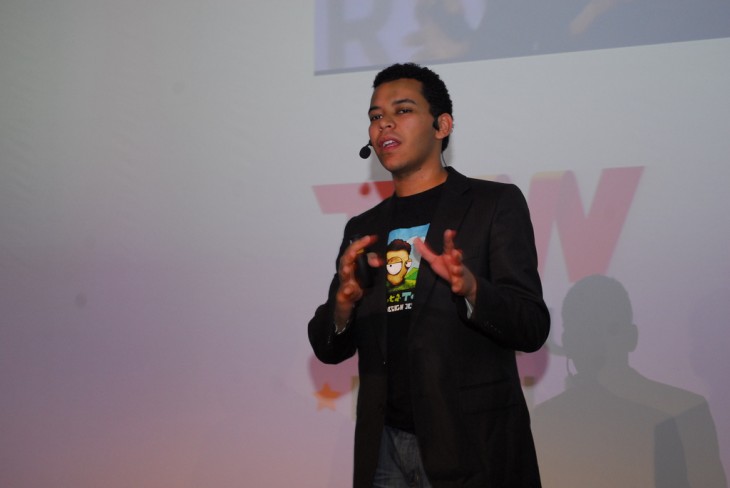 Costa Rican gaming startup Saborstudio today announced the release of a sequel to its popular iOS game Pota-Toss, which hit 100,000 downloads in four months thanks to its addictive gameplay, which lets users toss potatoes at threatening spuds.

The new iOS app is called Pota-Toss World Tour, and features a new location-aware single player mode that includes new potato characters. It is priced at $1.99 for the iPhone and $3.99 version, while the older version, now called Pota-Toss Social, will remain free and will function as the multiplayer version of the game. According to Saborstudio CEO, José Cayasso, the two apps are complementary:

The first game, Pota-Toss Social required players to take turns on a spud-killing challenge. This multiplayer model allowed the game to grow its user base organically and taking advantage of the OpenGraph integration that we did with Facebook. This has allowed us to increase our user base exponentially without investing any capital in mobile ads of any kind.

Still, we discovered many players who were more engaged by the Single Player experience that we had also been working on; so we took that experience and reinvented it to create a whole new gameplay mode designed for users who do not wish or are not able to play socially. This evolved to Pota-Toss World Tour, which is what we are releasing [today].

Pota-Toss started in 2011 as a successful Kickstarter campaign that Cayasso and Saborstudio’s CTO Phillipe Casorla launched from their home country, Costa Rica. Interestingly, it has considerably evolved since then, and what began as a 2-person idea is now a startup with a staff of seven, with operations in New York City and Costa Rica.

What happened in the meantime is quite an achievement: Saborstudio became the first Costa Rican project to join a US accelerator when it was selected to join New-York based DreamIt Ventures, from which it graduated last summer.

Saborstudio also became one of the finalists at TNW Latin America Conference’s Startup Battle, where it launched the beta version of its first Pota-Toss game before its official release last October (see a video of the team’s pitch).

As we pointed out at the time, Pota-Toss makes an interesting use of mobile ads, which consist of billboards that are blended into the game’s landscape, which itself varies relative to the user’s location. “It allows placing ads in unimaginable places, such as the Pyramids of Giza or Stonehenge,” Cayasso explains.

While integration with Facebook Open Graph and other social features have helped the first version of Pota-Toss acquire new users at a fast pace, Cayasso believes that Pota-Toss World Tour will now be able to reach a new gamer profile:

This particular release is targeted at users that do not have a constant internet connection (iPods, iPads or users on the subway), and to users who do not wish to play socially. We’ve found an incredible appeal with kids on the Single Player [mode], with single sessions lasting over 3 hours.

At a time where many app developers are seeing social integration as a default feature, it is quite interesting to see a game studio consider the solo player mode as premium, and it will be worth keeping an eye on its freemium conversion rate over the last few months.

➤ Pota-Toss World Tour for iPad and for iPhone

Read next: BeamApp lets you beam music, maps and more between iPhone and Mac, and pick up where you left off