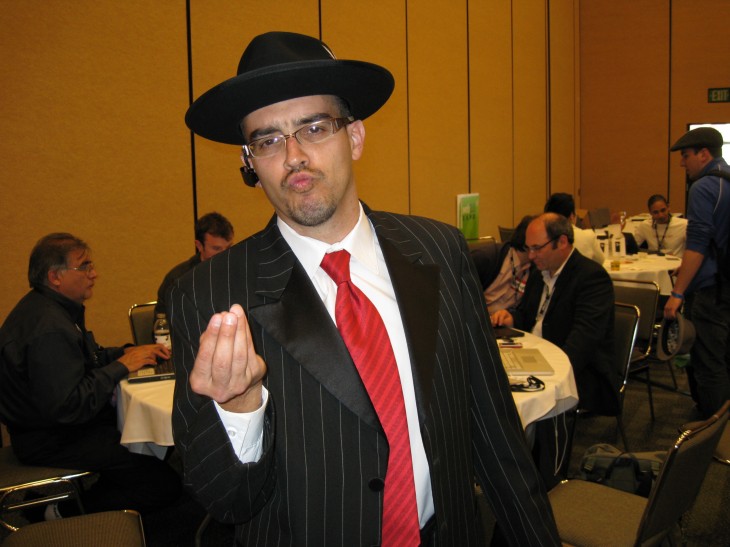 500 Startups is preparing for its Spring 2013 batch of startups eager for mentorship and a bit of seed funding, but this time it says it’s doing things a bit differently. For the first time, the startup accelerator is going to modify its application model  and accept 100% open applications. In doing so, any company interested will need to apply using its AngelList profile.

The rules started to change last September when 500 Startups announced that it was deviating from its referral model and would accept a few startups through an open application. Previously, only those who were referred from someone within “the network” of previous startups, mentors, or investors had a shot at being accepted. In looking at its latest accelerator batch, 500 partner Dave McClure told us that in the past “it felt like people were trying to reach us and we weren’t making it easy being referral only.” While the company is accepting open applications from outside its network, it isn’t completely abandoning its referral model.

Christine Tsai, another 500 partner, tells us that in the current class, eight companies were selected through applications received through AngelList (less than 2 percent). The majority of the class came from referrals.

500 believes that by having a completely open application process, it will be able to expand its networks and meet new startups and founders everywhere. It tells us that it is encouraging all prospective startup applicants to use AngelList.

Beginning today, startups can apply for a spot at the accelerator. With a recruitment theme reminiscent of “Star Trek”, it states the objectives should be:

Take your startup to the farthest edges of the galaxy with funding from 500, an amazing community of fellow founders and mentors, an incredible workspace in the heart of Silicon Valley, and much much more. Your time in our cadet training program will culminate in Demo Days, which are a chance for you to showcase your company to some of the biggest, most influential investors in the universe.

When it comes down to what 500 is looking for, it says the following are things it considers:

Like similar classes, 500 says that its investment structure will give each company $50,000 for 5% equity, with “slightly different structures” for those who’ve raised $250,000 or more.

The application process runs through March 1 and accepted companies will be notified, at the latest, the week of March 25. The first day of the program will “likely be” April 15.

Update: Per Christine Tsai’s comments below, this post has been updated to reflect that 500 Startups isn’t completely removing its referral model.