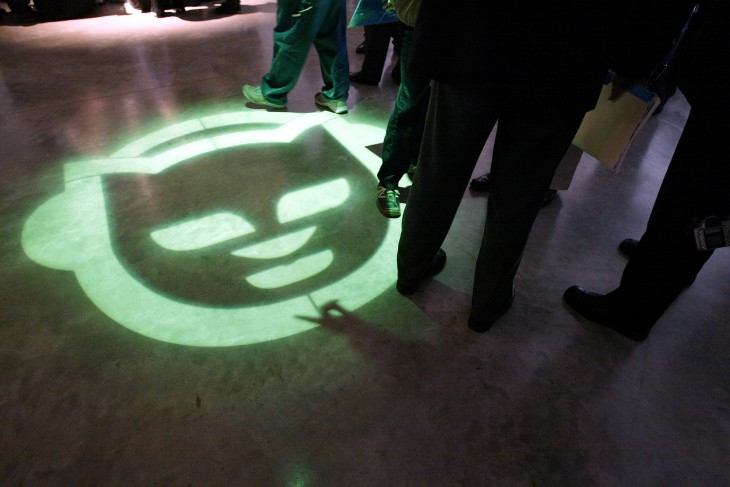 The South by Southwest (SXSW) conference has announced that the Napster documentary “Downloaded” will be premiering this March during its Film Festival. The movie follows the rise and fall of the music sharing site,”the birth of the digital revolution”, and looks at the life of its two founders, Sean Parker and Shawn Fanning while they battled with the music record labels.

“Downloaded” was directed by Alex Winters, a child actor and an award-winning director. His credits include starring in the Bill & Ted franchise and The Lost Boys. He has also directed FEVER, a Cannes Official Selection, and two Emmy-Nominated Ben-10 movies for Cartoon Network. He says “it’s about the music and the bands, the fans and the moguls, and the brilliant young minds that ignited the biggest youth revolt since Alan Freed hit the radio.”

Napster, if you’re not familiar, was one of the most popular music sharing sites on the Internet in the late 1990s and 2000s. Many consider it to have sparked at least two digital revolutions: the first involving the era of the death of CDs and the rise of digital music off of the Internet, and the second being the rise of the music industry to try and maintain the status quo. In the end, the company wound up getting acquired by Best Buy for $121 million in 2008. Three years later, its subscribers and other assets were sold to Rhapsody three years later for an undisclosed amount. Best Buy retained a minority stake in the company.

Through Napster, Rhapsody hoped to double its number of subscribers and to expand its reach into new territory in Europe, specifically in the UK and Germany. In doing so, it would be entering unfamiliar territory, especially one that was already filled with similar services like Rdio, Spotify, Simfy, and others.

While the music-sharing site is owned by Rhapsody, both Parker and Fanning have gone on to try new endeavors, with Parker once working at Facebook (portrayed by Justin Timberlake in the Aaron Sorkin movie The Social Network) and both joining up again to launch the video conversation platform Airtime.

In December, a teaser trailer for “Downloaded” was released. Winters says that while it’s focused around music downloading, he wanted to shine a spotlight on the technology that was created by both Parker and Fanning that helped “pave the way for other forms of media and information distribution.” Winters emphasizes that his movie doesn’t make an argument for either side of the debate, Parker/Fanning or the music industry, but is meant to provide context during this time period, in which the concept of music-sharing was confusing for everyone.

Interestingly enough, after Napster was sold, Parker became an investor in Spotify, a service he said was “an attempt to finish what I started at Napster.”

Read next: 13 top mobile apps for entrepreneurs on the go