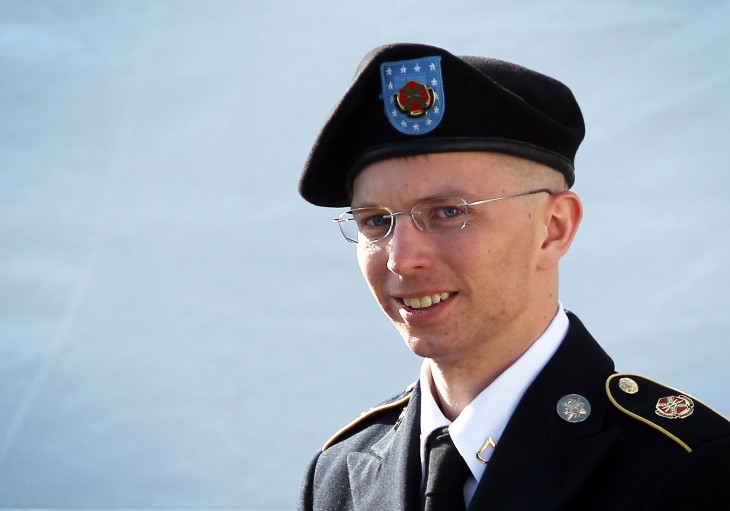 Lauren McNamara, a trial witness in the Bradley Manning Wikileaks case, has decided to open up and talk about her version of the story in a Reddit AMA. The only problem is that it’s ill-advised as she hasn’t testified in court yet, and even those on Reddit are adamantly trying to persuade her not to go forward with it. But the questions that she did answer shed a bit more light into what she thought about Manning: what he did was irresponsible and she wouldn’t have done it.

Testifying at the Wikileaks case for Bradley Manning

Bradley Manning, a United States Army soldier, is currently in prison awaiting a court martial on suspicion that the Private First Class officer passed classified materials, including diplomatic cables and documents to Wikileaks, the whistleblower website run by  the embattled Julian Assange. According to McNamara, in 2009, she had a series of online chats with Manning prior to the alleged leaks. Manning’s attorneys have informed her that she will be testifying in court.

While Reddit AMAs have become quite popular over the past few months, with individuals such as Snoop Dogg, Mark Cuban, President Obama, and many others, this is probably the one of the few times when Redditors have chosen to not ask questions to the host, but rather try and persuade them not to share anything.

Of course this makes very smart sense, you would think. The fact is that McNamara has not even been sworn in or testified in court about the case and by posting information on Reddit, it reveals more that both the defense and the prosecutor teams can use in the trial. As one poster who identified themselves as a lawyer stated: “She’s going to get nailed on cross-examination when she testifies based on anything/everything she says in this AMA. Anything said in the open can, and will, be used to test her competency as a witness.”

But against all advice from lawyers and the community, McNamara has continued to press forward with the AMA. When someone commented that she was a witness for the defense in a high-profile trail and that she should do what Manning’s lawyers tell her, McNamara responded with:

I’ve spoke about the case, and my involvement with it, for a good couple of years before I was even called as a witness — on my blog, the Huffington Post, New York Magazine, and so on. At no time did anyone with the defense tell me what I could or could not do, or that I should not have been doing this. This is why I find it surprising that now this should suddenly become a problem.

McNamara believes that she doesn’t need to abide by a “don’t say anything” policy before she has testified and has even defended her position against a poster by saying that “this isn’t a situation where I was a victim of a crime, or even witnessed any crime…If any crimes were committed, they occurred long after Manning and I stopped speaking. I wasn’t witness to them.”

She shared details about how Manning found her: through her YouTube channel and found an interest in McNamara’s videos on LGBT rights, atheism, math, and others. Manning contacted her through the AOL Instant Messenger (AIM) although the two have never met in real life.

When she first learned she was going to be a witness, she didn’t understand why there was going to be a problem with saying “here’s a thing that happened to me, here’s what I think about it.” McNamara says that it’s hardly a secret that her interactions with Manning never involved any sensitive information (according to her), or anything of the sort. She defends herself against accusations that she’s in it “for the fame.”

Additionally, she says that he never told her anything about his alleged leaks of classified documents, something she claims happened long after they stopped speaking. McNamara believes that he “never gave any indication or hint that he was even capable of something like this, or was considering it. I was very surprised when the news first broke.”

Will she defend him?

Throughout the entire Reddit AMA, McNamara didn’t defend Manning’s alleged crime, but rather hoped that her testimony will allow him to receive a more lenient sentence. When asked about her opinion of what he did, she responded with:

I do believe it was irresponsible to release hundreds of thousands of documents, both diplomatic as well as from war zones, without taking the time to make sure they didn’t contain sensitive or dangerous information. I don’t think there’s any way around the fact that this is risky — I’m not sure there’s any way he could have known the full extent of what he was releasing before he did it. If I were in the same position, I don’t think I would have done that.

When asked again whether Manning should be punished, she stated the same thing, but that he should get “far, far less than a life sentence.” She states that Manning’s work “had less of an impact on global events than he may have expected at the time he did it, and if he knew that would be the case I kind of wonder if he would have reconsidered — if he would have still felt it was worth it.”

She closed the response by saying that she couldn’t speak to Manning’s motivations, but that if she was in that position, she probably would have been more selective, seeking out specific incidents, before she leaked classified documents. In short, she says that she wasn’t sure how she could have arrived at the belief that all of the millions of documents needed to be shared.

Read next: Dropbox for Android gets ability to quickly share collections of photos, even to those without an account