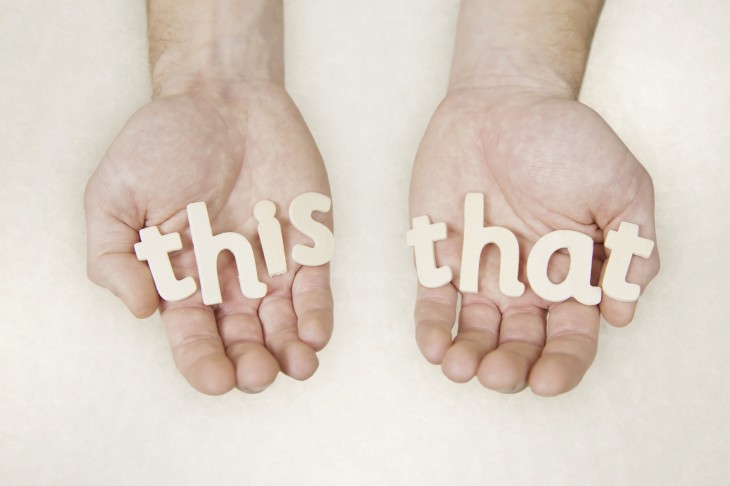 Choice. It’s one of the things that we as consumers want more than anything else, and yet it’s also daunting. Over the past few months we’ve seen the task of choice raise its ugly head and nowhere is that more true than at this year’s Consumer Electronics Show in Las Vegas. Apple, Microsoft, Google…take your pick, but choose wisely because your decision is now going to impact you more directly than ever before.

First, a bit of a history lesson. Because it’s important to know the road that we’ve walked in order for us to have arrived where we are.

Making ecosystem choices is nothing new in technology. Years ago you would choose an IBM-compatible machine or one of its supposed competition. Fast forward a few years and the choice became Windows versus Mac OS versus any number of Linux flavors. Home entertainment has had its history as well, with Atari, Coleco, Sega and Nintendo all vying for your attention and of course the VHS versus Betamax race. Regardless of use, depending on your choice, you were locked into that system and what it could provide.

But in the past few years the focus has shifted more into mobile. While we had disparity between platforms when RIM and Palm were the major smartphone players, the pain point happened once the next generation of mobile devices and their apps came onto the field. Android and iOS (previously iPhone OS) set the stage for a battle royale, and the relatively recent introduction of Windows Phone 7 and 8 have only served to further muddy the waters.

Mobile is now the tipping point for the rest of what you will buy. Or at least that’s the picture that Apple, Google and Microsoft want to paint.

It’s no longer just a choice of what’s in your pocket, because every major player wants to be spread around your house. Apple’s “hobby” of Apple TV works better when you can use AirPlay from other Apple devices. Google wants Android in your living room with Google TV and its Nexus tablets. Microsoft has the Xbox, and deep integration with both Windows 8 and Windows Phone 8 make it a compelling choice for those who are comfortable within its walls.

Perhaps the more daunting problem, however, is that we’re starting to see the giants slinging rocks at one another. Google doesn’t want Gmail to play nice with other services, and we simply can’t ignore the recent Google Maps kerfuffle. Apple’s insistence on building its own mapping products could be just the tip of the iceberg. Microsoft, as odd as it might seem when we look at the company’s history, now appears to be the company that is more open to other players in its game. But even that could change once it has enough developer interest to close the doors to the competition.

Let’s take a moment to look specifically at tablets and phones, and the illusion of choice that is in the market today. You have more options for which phone or tablet that you want to buy than ever before. But it’s really a matter of choice between four ecosystems for tablets, and perhaps three for phones. Yet it’s important to note the word illusion, because once most consumer have bought into a single system they will stay there. We techies? We’re an odd bunch and we’ll make sacrifices to switch if we so desire. But your parents probably won’t. We end up with a kingdom of mobile ecosystems, relentlessly tied to every other piece of consumer technology in your home.

So here we are, at the intersection of choice. Make no mistake, this is exactly where the major players wanted us to be. The more invested you are within one ecosystem, the less likely you are to change. But the increasing lack of cooperation between platforms will not play out to the advantage of the consumer.

While cross-platform apps aren’t likely to disappear (Netflix’s ubiquity is a shining example of how it can be done right) the offerings of the company behind your OS of choice have to be taken into consideration. In fact, the reach is about to extend far beyond mobile once more, as Smart TV offerings become more standardized. While having companies like Panasonic, Toshiba and LG on board for a “non-proprietary ecosystem”, is welcome, it might not make much of a difference when the set-top boxes of choice come from players like Microsoft and Intel.

Now more than ever choice is becoming the enemy of the consumer electronics buyer. It’s not just a matter of what brand you want sitting in your pocket or in your living room, it’s a decision that can affect every other aspect of your future purchases. Choose well, because changing your mind is about to cost a lot of money.