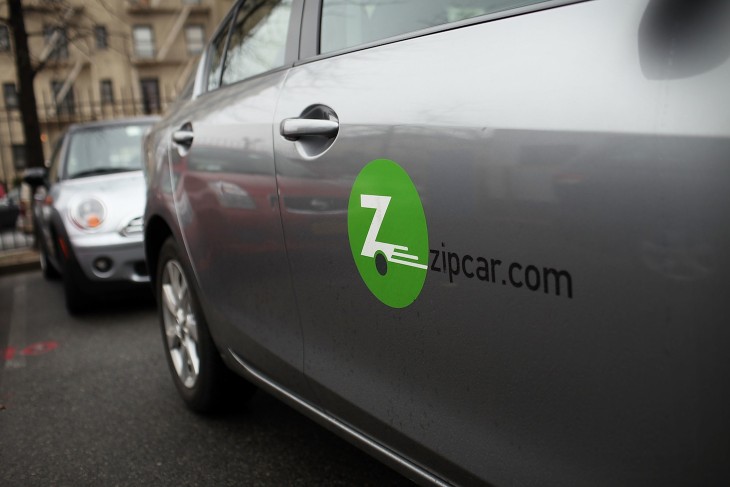 Happy New Year, and welcome to the ongoing rise of the sharing economy.

For the record: Avis says it had cash and equivalents of approximately $554 million at the end of September 30, 2012, and its market cap presently hovers around $2.1 billion.

In a press release, Avis notes that the purchase price is a near 50-percent premium over Zipcar’s closing price on December 31, 2012. The NASDAQ-listed company expects to fund the purchase primarily with incremental corporate debt borrowings, as well as available cash.

Avis says it expects to generate $50 to $70 million in ‘annual synergies’ as a result of the deal. FYI: The company booked $7.3 billion in revenue for the full year 2012, and employs roughly 29,000 employees today.

The transaction is expected to close in the spring of 2013.

Originally founded in 2000, Zipcar had 767,000 members and 11,000 vehicles on offer throughout the United States, Canada, the United Kingdom, Spain and Austria back in November 2012.

Over the years, it expanded organically but also through strategic investments in and acquisitions of nimbler rivals (Avancar, CarSharing.at, Streetcar and Wheelz, among others).

It also, rather notably, merged with chief U.S. competitor Flexcar in 2007.

After raising dozens of millions of dollars in venture capital from the likes of Benchmark Capital, Greylock Partners, Globespan Capital Partners, Meritech Capital Partners and Pinnacle Ventures, the company went public in April 2011 and was valued at over $1 billion at its debut.

The pop was followed by a rather steady decline of its share price and valuation, leading to today’s acquisition by Avis.

Avis Budget Group operates two of the leading global brands in the vehicle rental industry, through Avis and Budget, providing a complete range of rental services through 10,000 locations in approximately 175 countries around the world.

The Zipcar acquisition is seen as a move to both complement and diversify its portfolio in one fell swoop.

“By combining with Zipcar, we will significantly increase our growth potential, both in the United States and internationally, and will position our Company to better serve a greater variety of consumer and commercial transportation needs.

We see car sharing as highly complementary to traditional car rental, with rapid growth potential and representing a scalable opportunity for us as a combined company.”

Here’s how Avis pitches the acquisition on a financial level:

“In particular, Avis Budget expects significant cost reductions across the fleet life cycle (from procurement to operations and maintenance to disposition, as well as financing), in addition to savings from eliminating Zipcar’s public-­company costs.

Following the acquisition, Zipcar will operate as a subsidiary of Avis Budget Group and will continue with its planned move to new headquarters in Boston, Massachusetts.

Avis says it ‘anticipates’ that key members of the Zipcar management team, including CEO and chairman Scott Griffith, and president and COO Mark Norman, will continue to set the overall direction and run day-to-­day operations of Zipcar.

Read next: Google partners with Hyundai and Kia Motors to integrate Google Maps and Places into new car models