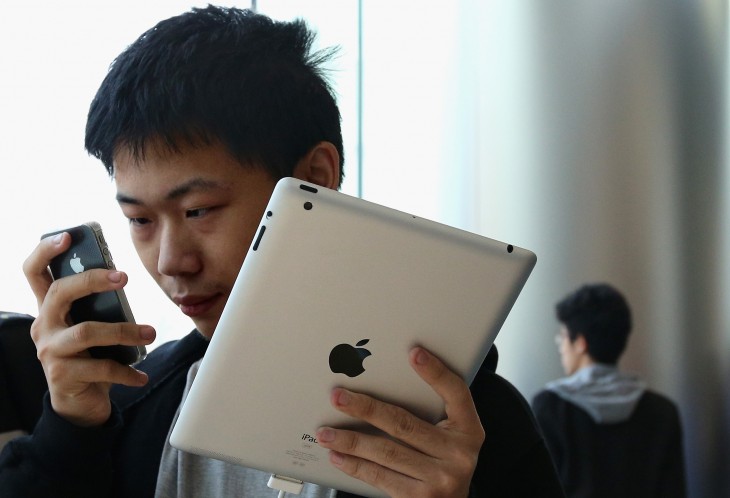 Fab, the online design giant, has announced that it has “smashed” all its previous mobile shopping days this Christmas season. Over 56 percent of its revenue in the US and 40 percent in Europe came from its mobile apps on Christmas. Both were records for the company.

Previously, Fab saw a huge spike in its mobile revenue on Thanksgiving Day. On Christmas, it not only established a new milestone, but set a record for a single day where mobile accounted for more than 50 percent of Fab’s overall revenue, something that Fab founder and CEO Jason Goldberg says he predicted would happen.

Goldberg said he understood where the spike in revenue came from on Thanksgiving– fewer people were sitting in front of their computers on Thanksgiving day: “Instead, they are with family, showing them their favorite apps on their phones and tablets.” This appears to be the case again on Christmas, especially with people getting new iPhones, Android devices, iPads, and tablets. Downloading the app was probably recommended by a loved one or a friend and that just helped Fab gain more customers.

With e-commerce sites selling more this holiday season over traditional brick & mortar stores this season, it’s amazing to see consumers turn to sites like Fab to do holiday shopping. Fab offers more than 15,000 products in its virtual store from 7,500 supplier partners and averages around 23 products sold each minute, a figure that has grown year over year.

The company is also shipping products throughout Europe — 24 countries including the UK can receive Fab products. Combined with the United States and Canada, Fab now has over 7.5 million registered users, of which 25 percent reside in Europe. It said that it had a run-rate of more than $150 million in sales in just 15 months.

When Goldberg predicted that 50 percent of the company’s revenue in a single day would come from mobile, it wasn’t that hard to believe. Mobile has become a big thing for the company. Earlier this summer, Fab said that between 30 to 40 percent of all its traffic came from mobile devices. A huge majority of that was coming from Apple devices on average days.

Realizing this potential, Fab rebuilt its iOS app because it wasn’t happy with the way the revenue was divided up by desktop and mobile. The company says that when it underwent this rebuilding process, it “took a from-scratch approach to mobile, challenging ourselves to rethink and re-imagine the Fab experience from the ground-up as if it was designed entirely with the mobile shopper in mind.”

Fab has definitely seen some amazing growth over the past few years and one must wonder if the revenue balance will shift in favor of mobile over the course of the next 12 months. There certainly is a following with Fab, and its adoption and use of social media have helped to fuel its growth. Does this bode well for its supposed pivot that Goldberg hinted at prior to the holiday? We’ll just have to wait and see.

Read next: Watch: This close-up video of Steve Jobs' super-yacht will give you a serious case of gadget envy