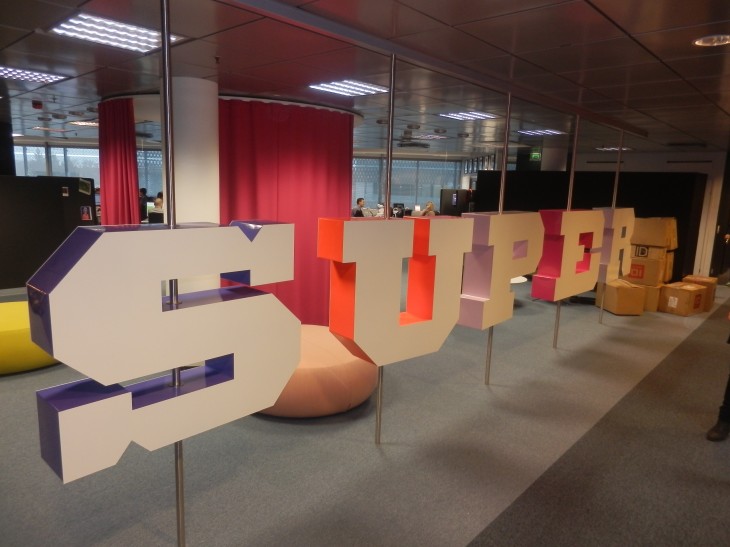 If you aren’t yet familiar with Finnish ‘tablet-first’ games developer Supercell, you soon will be (ball pit video interview at the bottom).

When I was visiting Helsinki, Finland a few weeks ago to do some interviews for a profile piece on mobile gaming giant Rovio and host the first TNW / ArcticStartup meetup, a lot of the talks I had with local entrepreneurs and investors revolved around Supercell and how exceptionally well the company is performing.

One thing I kept hearing over and over, is that the 70-person startup is currently generating approximately $1 million in (gross) revenue on a daily basis, from just two iOS-only games: Hay Day and Clash of Clans.

That would be close to double its revenues from the beginning of October, when The New York Times reported that Supercell was grossing over $500,000 per day (from the same two iOS-exclusive apps, both of which were launched during the summer of 2012).

Taking into account Apple’s 30 percent cut on transactions, that would mean Supercell is currently netting a whopping $700,000 a day.

Meanwhile, the many people playing Supercell’s games clock 10+ sessions on average per day, while more than 66 million products are sold in Hay Day on a daily basis. Clash of Clans is seeing millions of battles every day, and there’s no sign of a slowdown yet.

Furthermore, both Hay Day and Clash of Clans made it into the top 15 best-rated social games of 2012 according to Facebook users.

For the record, it’s not like Supercell has bootstrapped its way to the top: the ‘tablet first’ gaming startup this year raised $15 million in funding from Initial Capital, London Venture Partners and Accel Partners (which invested the bulk with a $12 million capital injection).

Word on the streets of Helsinki is that the company is looking to raise more funding at a $700m-$800m valuation, although Supercell’s management declined to comment on those rumors.

When I visited Supercell in their offices (so far, they’re the only occupant of a giant building that used to serve as Nokia’s R&D center), I caught up with Greg Harper, the games industry veteran that Supercell hired to serve as GM for its North American business earlier this year.

In the picture embedded above, Harper is standing on the left next to CEO Ilkka Paanannen, also one of the five co-founders of the young company.

I did a quick video interview with Harper, who was evidently lying in a ball pit at the time.

Among the things I learned is that Supercell is planning “a few more games” in 2013, and that there are no set plans to launch any of its games on platforms other than iOS yet.

Read next: Google in 2012: A year when mobile and social seeds began to shoot roots