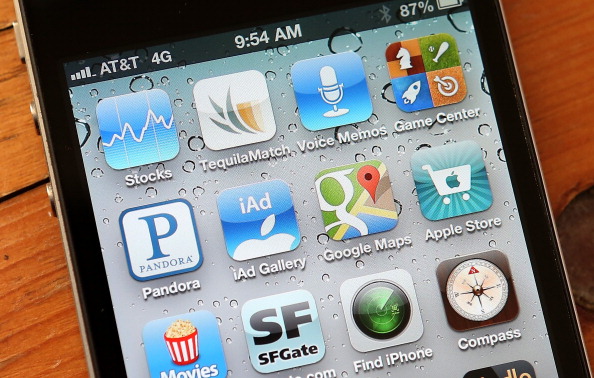 App analytics firm Distimo has published a new report looking at how Google Play and Apple’s App Store have fared in 2012. It finds that while the former is growing rapidly, the latter still beats it more than four-fold in terms of revenues.

Over the past four months, combined daily revenue of Google Play has grown 43%, while for Apple’s App Store this figure has reached only 21%. Over the whole year, the App Store’s revenue has grown 51% in the 20 countries analyzed by Distimo: Australia, Canada, China, Denmark, Finland, France, Germany, Israel, Italy, Japan, Korea, the Netherlands, Norway, Russia, Spain, Sweden, Switzerland, Taiwan, the UK and the US.

However, in absolute numbers, the App Store with $15 million in average daily revenue in November by far beats Google Play with its $3.5 million.

An important trend in the mobile apps monetization is in-app payments. According to Distimo’s data, this type of fees accounted to 69% of total Apple’s App Store revenues, up 16% compared to January 2012.

With the rise of in-app purchases, app prices in the App Store are down 8% compared to January 2012 for iPad, but up 16% for iPhone as of November. That said, Distimo notes that some publishers are still “very successful” using a paid-only strategy, and in 2012, 35% of the revenue from the top 10 publishers was a result of one-off fees.

It’s also worth mentioning that in 2012 the iPad was the main driver of the revenue growth for the iOS platform: while iPhone daily revenues increased by an estimated 40%, apps for iPad saw a 71% climb. A similar situation can be seen in mobile advertising, where Apple’s tablet showed eCPM more than thrice as high as the global average.

Another parallel with mobile advertising industry can be drawn in terms of geography. Just as the USA is the leader in ad impressions, it accounts for the largest revenue from mobile apps, followed by Japan, the United Kingdom and Australia.

Among its findings, Distimo has presented an “iPad savvyness graph,” showing the share of iPad downloads in the total iOS downloads by country in November 2012. Surprisingly, the most iPad savvy country has proved to be Russia with 46%.

Here are the top apps by downloads in both app stores, according to Distimo:

Google and Apple also predictably have taken lead in the charts of top publishers in their app stores, where Google was only offering free applications, while for Apple the average price of an app reached $7.43. Google even made it to the third spot in the list of Apple’s App Store top publishers, following games developer Gameloft.