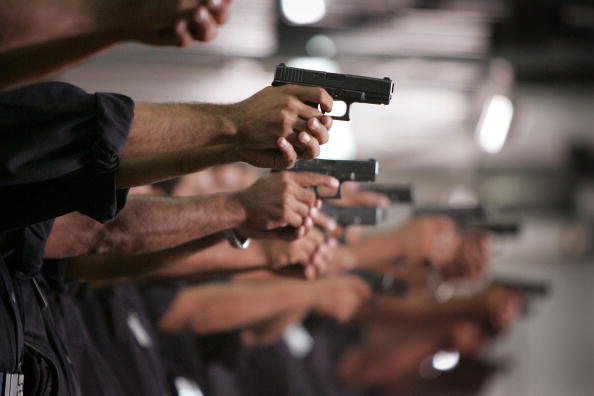 In an email to all the company’s employees, Dream Industries founder Alexei Ostroukhov is claiming that the Russian startup’s bank accounts and office have been “lawlessly seized” by its investor Dmitriy Kostygin and CFO Viktor Frumkin.

While in time of peace Russian startups barely differ from European and American ones, the war time straightens everything out, and what started as a seemingly legitimate change of CEO becomes a huge public controversy with references to the “turbulent 90s,” traditionally associated with “businessmen” wearing sweatpants and carrying guns.

In the center of the situation that is unfolding now in Moscow is Dream Industries, a startup co-founded in 2009 by Alexei Ostroukhov. Dream Industries’ main projects are music streaming service Zvooq, subscription-based reading club Bookmate and online knowledge exchange platform Theory&Practice.

On Wednesday, Ivan Zassoursky from online newspaper Chastny Korrespondent re-published an email from Ostroukhov on his Facebook account. Sent in Russian to all his colleagues, it carried the subject line “We’re under assault.”

In his email, Ostroukhov claims that Dream Industries’ investor Dmitriy Kostygin together with his partner August Meyer are trying to raid on the company, alongside its CFO, Viktor Frumkin. He also mentions that another investor, Finnish VC fund Essedel, has “partly fallen under their influence.”

According to Ostroukhov’s statement, Dream Industries’ office is currently being watched by “armed security guards and raiders’ representatives.”

The other side of the table

In the meanwhile, Michail Ilyichev, who appears to be the new CEO of Dream Industries, told The Next Web that what happened in the company was a legitimate change of CEO, approved by institutional investor Dmitriy Kostygin, angel investor & CFO Viktor Frumkin and Essedel fund. Together they reportedly have a controlling stake in Dream Industries. As for Ostroukhov, he was offered a Chief R&D Officer position, said Ilyichev.

According to Ilyichev, the main reason for Ostroukhov’s ousting was the “inapproptiate usage of the attracted funding and absence of business results that have been promised at the fund-raising stage.”

“Stakeholders and I think that Alexei is a genius in everything related to product creation. But stakeholders believe that he is not fit to build business processes in the company, communications with stakeholders and monetization of created products,” Ilyichev told.

The situation in Dream Industries could have remained yet another clash of investors and founders, but the startup community decided differently. Ivan Zassoursky, who published Ostroukhov’s email on Facebook, posted a few hours later an open letter to the Russian Prime Minister Dmitriy Medvedev signed by the Web Publishers Association, an organization founded and led by himself.

In the open letter, Zassoursky further explains his perspective on what’s happening in Dream Industries:

“With $16 million in its bank accounts, the company has been losing employees rapidly in the course of the last two weeks as a result of delays in salary pay-offs, which happened due to actions of raiders, who previously entered the company as portfolio investors. Using techniques from the 1990s, businessmen with citizenship of the US and the Federation of Saint Kitts and Nevis have got control over the company’s financial flows.

The change of CEO, conducted under the guise of defending stakeholders’ interests, is the final stage of a previously planned operation with the goal of taking control over one of the most promising technology companies.”

Further in the letter, Zassoursky and his association ask Medvedev to “ensure physical safety, as well as freedom from slander and biased criminal indictments” of entrepreneurs and “help organize a detailed investigation into the situation while unambiguously acknowledging that corporate raiding is an impermissible practice in innovative businesses and other industry sectors.”

While it may pursue noble goals, the open letter might be useless. According to Ilyichev, while Zvooq, Bookmate and Theory&Practice are registered in Russia, Dream Industries itself is registered in Cyprus. This means that the Russian Prime Minister can hardly do much to help out the entrepreneur in distress.

We will keep an eye on the story and update this post should there be any developments.

Update: Alexei Ostroukhov confirmed to The Next Web that he did send the email, published by Zassourski, and gave further details on his perspective of the situation. The ousted CEO denies that Dream Industries hasn’t achieved financial goals that were promised to stakeholders, as he explained to Dmitriy Kostygin earlier that “technology business is not a factory” and that “in early stages, developers must not compromise user experience in favor of monetization.” These points are reflected in the shareholders’ agreement, Ostroukhov added.

The entrepreneur also emphasized that from his point of view, actions of Dmitriy Kostygin, Viktor Frumkin and Andrey Novitskiy (representative of Essedel fund) such as changing Dream Industries’ CEO are illegitimate.

“I’m under impression that what’s happening is an intentional destruction of the business. We are going to assert our rights by all means. This world is not driven by money, rather money is driven by this world,” said Ostroukhov.

Update 2: In April 2014, after a year of court battles, Ostroukhov reached an agreement with his former partners, under which his share in Dream Industries was bought by the other shareholders. Read his advice to everyone who’s going to work at the Russian tech market.

Read next: Foursquare now shows you recommendations from your Facebook friends on the Web, Android, and iPhone