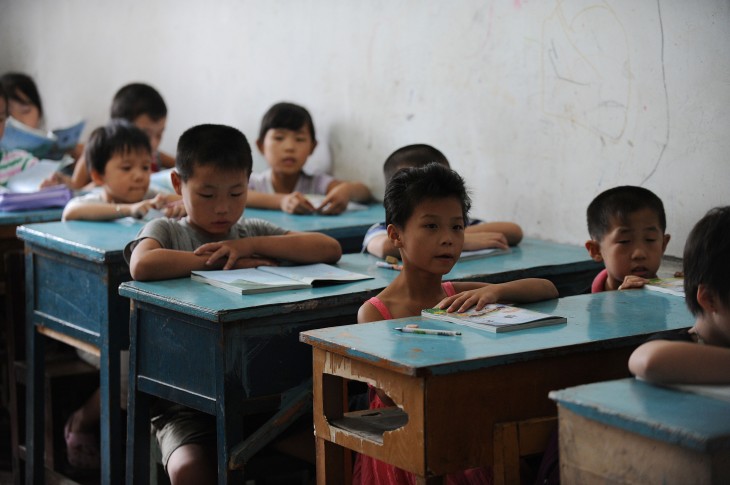 We’ve come to a moment in history where exploring new skills and expanding our knowledge isn’t confined to a specific place or time – an evolution of correspondence courses due in large part to the World Wide Web. It is now not only easier to acquire knowledge in a variety of areas, but it is becoming less expensive in so many ways.

New pricing models are being tested – according to an article at Lifehacker, Stanford is going as far as to offer “online access to full courses in the school’s engineering program—including classes in computer science and artificial intelligence” through the Stanford Engineering Everywhere program. No longer are educational institutions confined to sending courses by snail mail or hosting courses only on campus. Technology has allowed education to come to the masses like never before – and allowed new opportunities to bring education to the masses as well.

Back in 2010, Chase Jarvis co-founded creativeLIVE, a truly unique live online education experience. What Jarvis and his time have done is turn the pricing model of the courses offered – some of which have been taught by Lewis Howes, Ryan Holliday, Ramit Sethi, and Tim Ferriss – by allowing users who are willing to set aside the time during the live session to be able to watch the broadcast for free.

“One of the things I’m most proud of is that (starting creativeLIVE) came from a great need,” Jarvis said when asked what the impetus was to start such an ambitious e-learning business.

Jarvis is widely known as an incredibly skilled – and self-taught – professional photographer. But it didn’t start out that way. He was initially set to work in the medical field, but came to the realization that he was an artist. After quitting school, he took up photography and really wanted to hone his craft, so he began looking for a mentor by “knocking on doors”.

“Yet all of these creative pursuits were very, very closed,” Jarvis explained. “It was long before it was cool to share information. And it sucked. I literally went from door to door to door and no one would take me in and mentor me. So I said to myself at that point that if I was ever in the position to change all of that, I would.”

The creativeLIVE experience is unique not only in its pricing model (which also allows you to buy the recorded version of sessions in advance at a discount, and then after the live sessions have taken place you pay the full price for archived sessions), but in overall setting. As I watched Tim Ferriss conduct his session called “The 4-Hour Life”, I noticed that there were a very limited amount of participants in the “studio audience.” So while the overall creative live experience allows for a mass quantity of people across the world to get the education and the skills that they desire, only a precious few can be there to get them in person. Actually, in order to be an audience member… you have to audition.

Those who teach through the online medium are also starting to see the fruits of their labour rewarded. More and more online specialists are releasing e-products designed to educate their audience – and reach new audiences – in their areas of expertise. These specialists aren’t just limited to selling these courses on their own websites, either. They are able to submit proposals to online educational hubs that give them exposure to a much wider audience. In fact, as the teaching, learning, and earning opportunities have increased, many of these independent instructors are being recruited by platforms such as AppSumo and Udemy.

These platforms are also doing very well, as evidenced by more online learning platforms popping up all over the web – and some facilitators are making great financial gains through these platforms.

Tommy Griffith is one such success story. According to an article over at ClickMinded, Griffith states that in just 8 days, his SEO training course generated over $21,243 in gross revenue. This is definitely more of an exception than the rule – but this example shows the power of pairing up a niche product with a great promotional engine (in this case, AppSumo) can really pad an online instructor’s pocketbook in ways that seemed unfathomable only a few years ago. These sites show no signs of slowing down, either. We’re seeing more and more of them pop up every day – even The Next Web has entered the space with TNW Academy.

Speaking of the future, what does it hold for creativeLIVE? Jarvis says that while the term “creative” may imply creative arts, he suggests there’s so much more to it than that.

“Creative is a term that captures zeitgeist,” he explained. “For example, if you read a Seth Godin book he describes all of the business people as ‘artists’.There’s the rise of the ‘right brain creative thinker’, as the world moves from being linear to very, very dynamic, that there’s sort of a right brain creative approach to anything. The vision for creativeLIVE has always been to be able to be in many places and do many things for many people. Since this is ‘real life’ skill-based learning and not a bloated degree model we have the ability to listen to our audience, which most brick-and-mortar institutions can’t do.”

While it seems like some brick-and-mortar institutions (such as the aforementioned Stanford) are listening to the way that technology is shifting the way we both teach and learn, there are far more that aren’t moving into the e-learning realm efficiently and effectively. And if that trend continues, then there will be far fewer brick-and-mortar institutions out there in the future – and that’s not necessarily the best news for education either. Educational instituions need only look at the music, print, and film industry to know that if they don’t move to keep pace with what technology will allow, then technology – and ultimately, society – will them behind.

Read next: Minteye wants to put an end to the CAPTCHA as we know it