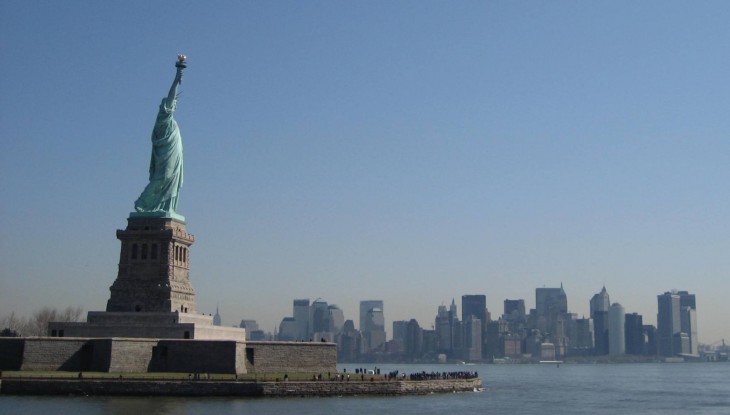 With taxi-booking app Hailo killing it in London since its launch in the UK last year, New York would seem like the obvious entry point for the service when it finally landed in the US two months ago…but alas, Boston claimed that accolade.

Indeed, it seems there have been a few barriers to entry for Hailo and other so-called e-hailing apps, but the NYC Taxi and Limousine Commission’s nine-member board voted today on proposed rules which will finally allow e-hailing in the Big Apple, similar to those already in place in the likes of Chicago and Toronto.

So, from 2013, New Yorkers will likely be ordering cabs from their iPhones and Androids in the comfort of their own home or local bar, in addition to their trusty flailing arms on street corners.

The Taxi and Limousine Commission voted 7-0 in favor of a temporary set of rules that will allow cabbies and riders to tap the latent powers of their pocket rockets to summon a taxi.

In a guest post for Fred Wilson yesterday, Hailo Co-Founder Jay Bregman laid out his thoughts on today’s vote, clearly concerned about what a knockback would mean for his company’s ambitions.

“E-hailing apps help solve the line of sight problem – they are the natural evolution of the arm-flail, the doorman’s whistle, the light outside the hotel – and nowhere will our impact be greater than right here in New York City, my hometown,” he said.

“Right now, cab drivers – and prospective passengers – are limited by their line of sight at any given time,” he continued. “A passenger can be very close by, but if a driver does not see them, they will not get picked up. As a result, the fare is lost, and the passenger misses out on a cab ride. Drivers currently spend up to half of their time cruising empty in NYC, desperately looking for passengers. This does not make any sense.”

Indeed, it was known as of yesterday that four commissioners were in support of the proposals, with only one more needed to secure a majority. It’s worth noting that two of the nine panel abstained from voting today, but it transpires it won’t have made much of a difference anyway, given the landslide result from the ones that did participate.

So from mid-February 2013, New Yorkers will likely start seeing e-hailing kick off in some capacity, though it remains to be seen whether that will be Hailo, Uber or any other company. Whichever way you look at it, however, the ramifications of this decision is pretty big, considering New York is one of the world’s biggest ‘taxi cities’.

The decision today isn’t without its caveats. Requests through apps won’t be allowed from distances greater than a half-mile radius in Manhattan’s central business district, extending to a 1.5 mile radius in upper Manhattan and other NYC boroughs. And the year-long pilot might not ultimately be approved, though any reversal would surely be seen as massively regressive in the eyes of other cities and countries.

Given the disruptive nature of the slew of e-hailing apps that are coming to the fore, resistance has been rife in a number of areas across the US. The most recent example was Boston, Massachusetts, after a cease and desist from the city put a stop to its operations.

The order was made after the Division of Standards decided Uber’s operations weren’t legal due to the GPS technologies in its employ until the National Institute of Standards and Technology ruled on guidelines for GPS location technology.

Uber uses GPS instead of more traditional technologies to calculate fares, which is what put its use of the technology under the magnifying glass.

Uber was finally cleared to continue, after the Division of Standards stated that the company could resume operations immediately pending its filing of an application for provisional approval that would last until the NIST makes its final ruling.

From next year, the City That Never Sleeps will be able to call on the likes of Hailo and Uber to come to the rescue whenever one of its millions of residents needs a taxi to find their way home, without roaming the streets waiting for a taxi to appear.