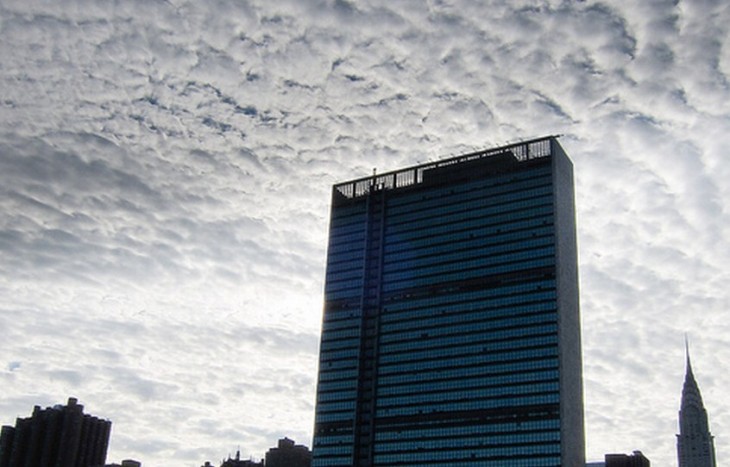 Dry UN treaties on telecom regulation and how it relates to the Internet doesn’t make for riveting copy, even as TNW tries to insert spice as possible. However, when we are discussing the combined efforts of 150 countries, congregated in Dubai to write a new treaty that could directly impact the future of the Internet, we have no choice but to sit up and take note.

Reuters has obtained a copy of a new, compromise draft that, while less dangerous than it otherwise might be, retains in it certain pieces of language that could prove nettlesome. The compromise itself would move elements of the treaty that deal with the Internet to a separate, non-binding ‘resolution’ style document.

That would help to spike any changes as less than required, but at the same time opens the door for broad language to be abused by certain nation states, who could then point to the treaty as proof of their authority to repress their citizen’s rights to free speech and inquiry.

As an example, and again I lean on Reuter’s quotes as they have a copy and TNW does not, the language includes the following: “[countries are allowed to] manage the naming, numbering, addressing and identification resources used within their territories for international telecommunications.”

Sounds benign? That sentence could directly undercut the Internet Corporation for Assigned Names and Numbers (ICANN), and mean that if a country so desired, a trip to Google.com could in fact yield a different website, or no website at all. The universality of TLD would be potentially at an end.

Here’s another piece of language:

All governments should have an equal role and responsibility for international Internet governance and for ensuring the stability, security and continuity of the existing Internet and its future development and of the future Internet, and that the need for development of public policy by governments in consultation with all stakeholders is also recognized.

This appears to run right next to a proposition that was said to be over, quite recently:

Among the provisions included in the document that has been withdrawn was the proposal to grant “equal rights to manage the Internet” to all countries. Even more, according to the Associated Press, another critical passage gave management rights over the “technical workings” of the Internet to each nation equally. Given the strict rules on free speech in many parts of the world, the United States and its allies at the ITU meeting opposed the proposal.

Interestingly, yesterday the White House, speaking for the larger U.S. government, stated that “[we] do not want the [World Conference on International Telecommunications] to govern the Internet or legitimize more state control over online content.  [We] will not support a treaty that sets that kind of precedent.” That’s a firm statement.

It appears, and this is TNW’s mere opinion, that even if the Internet-facing language is moved to a resolution, leaving it outside the main treaty, it would cross red lines that the U.S. has established.

This is known to key participants in the meeting. Secretary-general of the International Telecommunication Union, Hamaoun Touré, leader of the organization in charge of the updates to the old international telecom law, stated that the treaty would “absolutely not” deal with governance of the Internet. However, as Reuters notes: “[Touré] admitted some references to the Internet were likely to be included in the final text, which may be too much for the United States.”

Yes. The United States has been more than clear on the topic. How long its arm truly is on the issue remains to be seen. Negotiations are set to conclude on Friday. More as it happens.

Read next: Wayra launches new call for applications as it celebrates its first global Demo Day in Miami