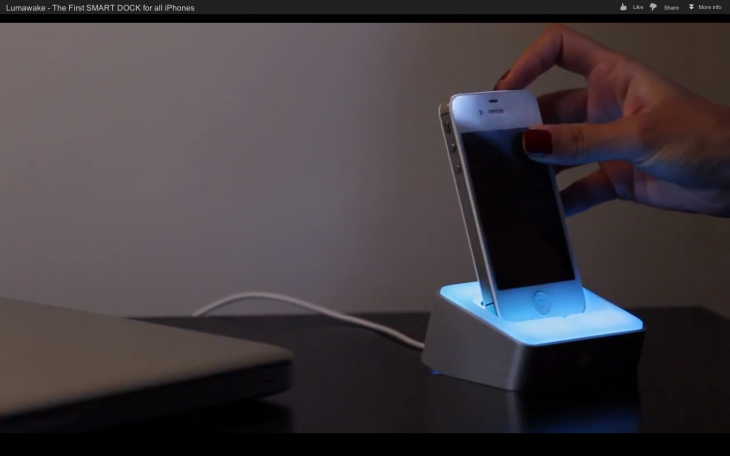 Both finding success by crowdsourcing funding for their new smartphone-enabled products, Lumawake and Lockitron have teamed up again to extend the capabilities of their respective intelligent sleep recognition system and connected door-locking mechanism to secure your house the minute you fall asleep.

“We wanted to work with Lockitron because we respect the way they’re driving innovation – snubbing Kickstarter and going rogue, it’s the future,” said Greg Laugle, co-founder of Lumawake. “Our open API’s made the integration seamless and our respective users are really going to love the added functionality.”

It’s not the first time that the two companies have worked together; Lumawake was forced to look for an alternative crowdfunding platform after being rejected by Kickstarter. The team had originally planned to launch using Kickstarter, but it bumped up against new restrictions for hardware projects. It decided instead to pivot onto Lockitron’s open source Selfstarter platform.

Lockitron has already completed its campaign, seeing 14,704 people reserve one of its door locks, totaling $2,278,891 in pledges. Shipments are expected to begin May 2013.

However, Lumawake still has 9 days until its crowdfunding project ends and has reached nearly two thirds ($90,890) of its $150,000 goal. The company will hope that its new integration will boost pledges and perhaps stimulate existing backers into ordering more than one.

The Lumawake and Lockitron sell separately for $149 and $179, respectively.

You can find out more about them using the links below.

Read next: Sky Go gets Jelly Bean support as it lands on 14 additional Android handsets