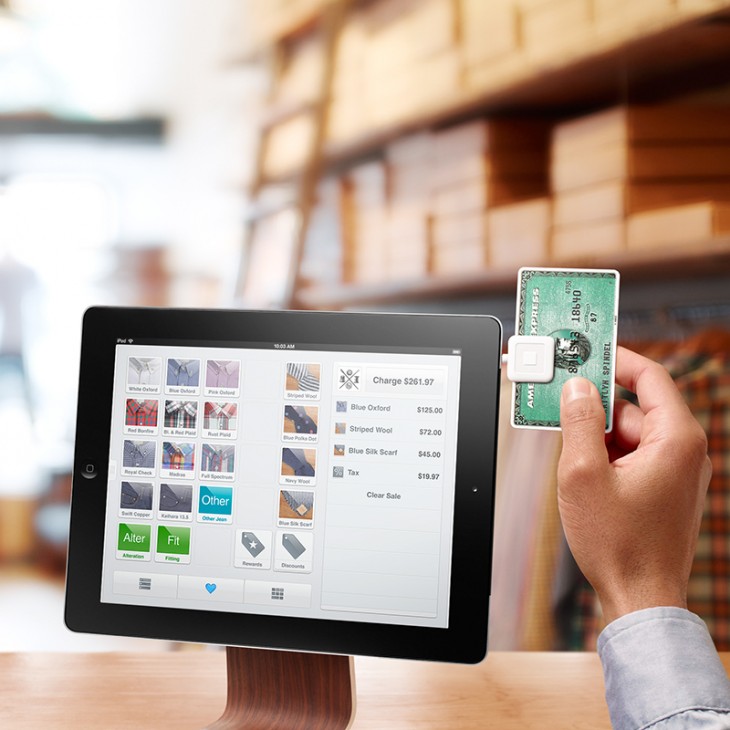 When it comes to money, there’s a lot of change going on.

Money is one of society’s most embedded, ancient institutions; it doesn’t change quickly. Technology, on the other hand, changes at a rapid pace, and it has a habit of bringing about change at an unforeseen pace in all areas of life and society.

The changes being wrought will become mainstream at a much slower pace than, say, the latest smartphone technology – but it will be fast by the standards of the almighty dollar and plodding banks that are hundreds of years old.

There are many players. Square has been hard at work revolutionizing the payment process. Instead of fumbling about with cumbersome cash or swiping your year-old bank card every which way until it finally works, you simply have to be present at the counter to pay the new way. There are others in this space, but none have an approach where technology goes so unseen that it is futuristic.

Focusing on another area, there’s Simple, which is a replacement for the traditional way of doing banking. Simple doesn’t have branches – everything is done online. There are no fees, either, and the company has partnered with the Allpoint ATM network, which is also fee-free. This is not just a matter of strategy, but part of Simple’s reason for existing. The service includes tools for keeping tabs on and understanding your money, too.

There’s another kind of player in this new game, too. It’s one that has been greeted with the most skepticism and yet has the most potential for complete and utter disruption – cryptocurrencies, like Bitcoin.

All of these companies and organizations are bringing fascinating possibilities to the table, but what’s more interesting than each of them individually is the sum of these parts. What will money look like in the future, in a few years or several decades when such things breach the hardened walls of the banking and government institutions running our economies?

Square’s philosophy centers on using technology to make technology invisible – whether that’s the digital payment processing system in use at the local store, or the old technology of printing notes and pressing coins.

“The best technology disappears completely,” said a Square spokesperson in reference to its Pay With Square technology, which reduces the financial transaction involved in buying something to simply saying your name.

“Instead of attending to the mechanics of a transaction, the entirety of your payment experience is your interaction with the person behind the counter. Technology made that possible, although you never see it.”

In order to use Pay With Square, you need your mobile phone on you, but you don’t have to take it out. A big part of the trend here is the consolidation of everything you carry on you. With developments like Apple’s Passbook, we’re moving toward a world where you don’t have to use paper boarding passes and tickets, and a bit further out from that, it’s likely we’ll see identification move to the phone as well.

Presuming that society doesn’t suddenly start heading backwards, solutions like Square will eventually replace debit and credit cards much the same way cards replaced cash – though it is still used, I don’t know many people who use it as their primary means of making purchases. The day we stop using wallets and add another role to our smartphones is steadily approaching, and there are plenty of other players in that arena. Google and its NFC-driven Wallet, and PayPal are just two other large technology companies getting involved.

While Simple won’t help you ditch the wallet at this stage – its customers use the Simple Visa Card – it is part of the movement to a less physically mired finance world. Those who use Simple for their banking need go online instead of to a local branch. All banks have Internet banking these days, but at Simple it’s the core product (a much better one at that) and you won’t need to go anywhere in person to handle mundane tasks.

One of the key features of Simple is that there are no fees. The company’s stated goal is to help people worry less about money, and it sees banking fees as a real obstacle to that goal.

“Right now, the banking system fundamentally makes money by keeping customers confused. They make the lion’s share of their profits from fees and charges, not from banking,” says Joshua Reich, the CEO of Simple. “We focus on basic banking and strip away the surprise fees.

“More importantly, we focus on making it really easy for our customers to understand their financial lives. That’s why we work hard to get transactions to appear on people’s phones within seconds,” says Reich. Simple includes a Goals feature that helps you set up targets – a new iPad, a kitchen remodel or a vacation, for example – and save for them automatically.

Speaking of the future of money, Reich says “I think the biggest ramification will be the increased awareness of our impact on our personal flow of money.”

This philosophy is also behind the “Safe-to-Spend” balance – a figure that tells you what’s available in your bank account to use right now, excluding both pending transactions and upcoming scheduled payments. I know I’ve been bitten by fees when I’ve spent money I didn’t really have, all because the bank hadn’t made it clear a payment that should’ve processed was pending.

This is at the core of what Simple wants to do. Reich calls the relationship between consumers and banks “adversarial”; the banks have created their business model around the consumer screwing things up so they have to pay fees. Instead, Simple tries to keep as much money as possible in the hands of consumers while it makes its profits the way banks are traditionally meant to – through responsible investing.

Vincent Turner, the founder of Planwise, is similarly invested in the idea of giving consumers control and clarity over their finances. Planwise offers a free tool where the average individual can create plans for various financial goals, tweaking the numbers as they go and evaluating a range of information about their situation and their opportunities in an easy-to-understand way.

“Personal finance is software that the mainstream needs, but doesn’t love. No one enjoys logging into their bank account but most accept that they need to know how much money they have as a binary indicator of whether they can do whatever it is they want to do next,” said Turner in a recent piece for The Next Web’s founders column.

“Personal finance tools that are yet to evolve will take this binary indicator far further and, by pulling in real-time data — such as historical transactions, online payments, offline payments and banking — will provide meaningful input to help people take control of their personal finances.”

Bitcoin’s model for a new currency

Moving away from the startup world is the cryptocurrency Bitcoin, developed by Satoshi Nakamoto. Nakamoto is a pseudonym, and nobody knows who he really is. He stepped down from the project in 2010, before it ever got any serious attention.

Bitcoin is a peer-to-peer currency with no centralized authority. It is pseudonymous, in that all your transactions can be linked with one another but there is no personally identifying information involved. Bitcoin is regulated by code, which determines how quickly new Bitcoins are generated without the intervention of humans.

Bitcoins are stored in a wallet that resides on your computer – or a hosted wallet service off in the cloud, if that’s your preference – and transactions are nearly instantaneous. Where Simple endeavors to reflect the impact of transactions on your balance as quickly as they can – despite the time it takes money to actually move around — Bitcoins move from one wallet to another right away.

With a peer-to-peer infrastructure, the load of maintaining the network is spread around to everyone using a client. This is important to ensuring Bitcoin can stay decentralized so the power stays with the masses in the most democratic of ways, but it is also important to the security of the network. The more people using Bitcoin, the stronger it gets as data spreads, validating the state of Bitcoin distribution as it goes. It’s a very difficult protocol to try to fool or scam.

Bitcoin improves on the old model for currency in many ways. Maybe it’s the prototype for whatever improved implementation overtakes traditional currency in the future, or maybe Bitcoin will take that throne, but it seems likely that our current model will be replaced, whether today’s governments come to allow it, or we have to wait for them to fade out – or be thrown out – of existence.

Where the future may take us

A common thread that nearly everyone working in this area comes back to again and again is speed. Square wants you to get what you want out of a store with minimal hassle. Simple wants you to have an up-to-the-minute picture of your finances. With Bitcoin, transactions are instantaneous and are reflected in your wallet as such.

“What these technologies will unleash will be profound. Money can move instantly, anywhere and without restriction. A digital payment can move between two people as they pass each other on the street, or between two people on opposite sides of the Earth – with no difference between the character of the two payments,” says Erik Voorhees, who is a Bitcoin entrepreneur who works at BitInstant.

“Money will move in this direction – toward these enabling technologies – because it tends to follow the path of least resistance. New rails have been built, and it’s just a matter of building the infrastructure around them and the trains will start switching, unavoidably.”

Speed – or a lack thereof – is also a big obstacle. Everyone I spoke to mentioned the glacial pace of the regulatory agencies and banks. “We’re used to working on two-week development cycles, but the banking ecosystem isn’t,” says Joshua Reich. Any company looking to disrupt money has to come to the long game with plenty of patience.

Another obstacle – though intricately linked to this issue of slow movers – is the lack of a government position on cryptocurrencies. “The question of ‘what’s next?’, depending on how it’s answered by governments, might be very exciting or very frightening,” says Voorhees. “How will they respond to a world where individuals can completely control their own money? How much freedom will they allow, when freedom is so attainable?”

“How will they treat banks when, with merely a download, anyone can be their own bank? What will they have to say about currencies which compete with their own?”

Voorhees points out that with a word from the government, the future of money could flourish or be toppled. It’s a world where Bitcoin would lose the ground it has gained so much of and live out its days in its typecast role of funding Silk Road drug purchases, and we’d be stuck with the controlled currencies of our governments, made by design ever more traceable.

“The technologies recently built enable significant new powers – but we don’t know whether these new powers will be seized by individuals or by their governments,” says Voorhees.

His final word is cautious for an area with so much untapped potential. “More important than asking “what’s next” is asking, “who gets to give the answer?”