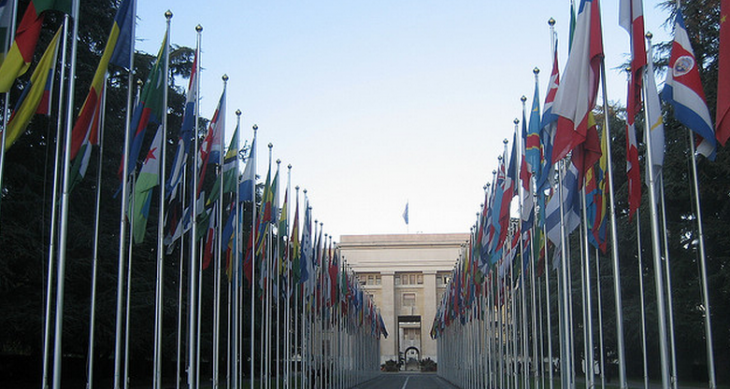 The United States is not having the best of times in Dubai, as it seeks to push the United Nations’ International Telecommunication Union’s (ITU) rule updates along the lines of its choosing.

The delegation from the United States, which includes representatives from top technology firms, has been working on two key areas: limiting the scope if the new ITU rules to telecom providers, and not firms that merely operate online.

Also, the United States is opposed to what is called “sending party network pays,” a system by which YouTube and other such sites would be forced to pay to send their content across borders to users who request it.

As reported earlier on TNW, the US government finds such the latter idea to be as loathsome an idea as it in fact is. Senator Rubio, get us started:

“We cannot stand idly by as countries use this conference and treaty to justify censoring the Internet and blocking the free flow of information among their citizens and the rest of the world.”

“Making content generation more costly and uneconomical will likely lead many content providers and non-profits to restrict or charge for downloads, even leading to black-outs in less developed countries.”

For more on the posistions of the United States and her allies at the ITU event in Dubai, head here.

A report out today in The Hill details a few difficult realities: the United States has not yet manage to pass its protections of the Internet’s current form through the conference. Indeed, the US is having a hard time killing off the worst ideas:

The top item on the U.S.’s agenda is to confine the scope of the international treaty to telecommunications networks, so its regulations only apply to major operators like AT&T and Verizon. Members of the U.S. delegation, led by Ambassador Terry Kramer, are pushing back against proposals from Russia and other countries that want to include measures in the treaty that apply to the Internet.

The issue of sending party network pays has yet to be taken up. However, the United States has been struggling from the gate, as TNW reported previously, so momentum is hardly overflowing.

If the United States does fail in its goals, the Internet could be fundamentally changed in a way that would limit the flow of information around the globe, allow for stronger tracking of online activities by governments that so desire. If you fretted about SOPA, or CISPA in the past, it’s key to realize that this round of negotiations concerning the ITU could in fact lead to more sweeping changes to the Internet.

There is some light, however, at least in the spin. Later in The Hill’s report is the following:

Kramer also framed the matter in a positive light during a conference call with reporters this week. He denied a report from Reuters that said the U.S. failed to secure early backing from other countries on its proposal to keep Internet regulations out of the treaty, saying it is gaining traction with countries in Europe, Latin America and the Asia-Pacific region.

Key to that paragraph is that the areas in which support for the changes that are most odious do not appear to be included, such as Eastern Europe, the Middle East, and perhaps China.

As the negotiations continue this week, TNW will keep you abreast. Hold on to your tray tables, we may have some turbulence ahead.

Read next: NORAD jumps onto the Windows 8 bandwagon, launches an app to help kids track Santa