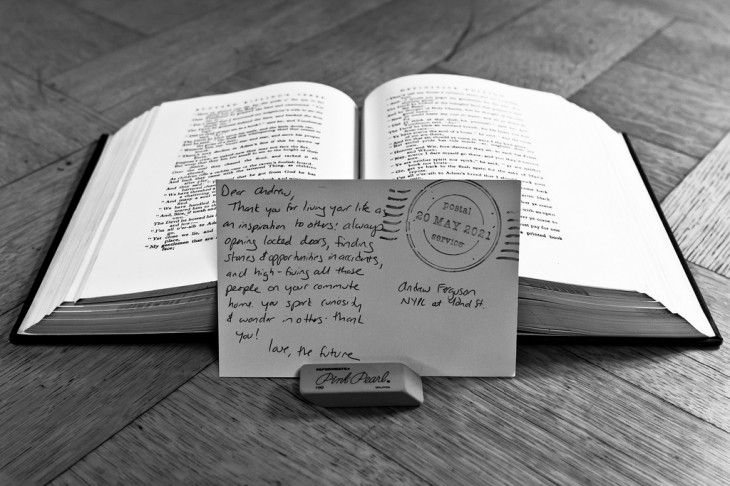 We all receive a lot of emails and there’s a lot of contact information floating around in them that is often missed or just doesn’t get added to our address book.

For Morse, this has been a pain point that it had spent the past 3-4 months trying to solve. After scanning through more than 250,000 emails, the service is being released to the public so that users can now have one comprehensive system to make sure data is the same, everywhere they go.

Formerly known as Syncable, the service works by plugging itself into an email account and examining the incoming messages for useful contact data such as phone numbers, email addresses, etc. The service then syncs it to all of the user’s devices. It claims to have an algorithm that will work to eliminate any potential spam emails or cold call sales emails from being reviewed and saved.

Building a better address book isn’t a revolutionary thing as many other services have tried, including Cellity, Zyb, Hashable, Everyme, and more. Some have been acquired by companies like Nokia and Vodafone while the less fortunate ones have been shuttered. So what makes Morse so special?

It’s probably because of it’s ability to scan through your emails automatically and pull out the contact information you would find most relevant and useful. It couldn’t be easier since it works while you’re on the go and you don’t need to download anything on your mobile device.

Initially for Gmail only

Right now, only those with Gmail accounts are able to take advantage of this service, but Alex Blom, the founder of Morse, tells us that additional platforms are being worked on. He says that since its beta users mostly used Gmail, it was only prudent to launch supporting that.

It will also work on Android and iOS devices as well — it utilizes the Google Contact API so any device that can sync with it should be able to use the service. However, Blom says more native integrations may be rolled out, but right now he’d rather listen to the feedback users are giving him.

For those interested, all you need to do is authenticate your account with Google and Morse says it can detect what your email address is. From there, all your emails will be scanned to find contacts that already exist while calculating Send Counts and “velocity on people”. Once this has begun, an email with instructions will be sent on how to install Morse into your device — typically changing a setting on your phone.

When we asked about potential duplication issues that may arise, Blom says that email services provide markers that address books typically don’t. The service looks for numbers occurring multiple times in different threads from one sender, same emails, same names to de-duplicate. Right now, if you remove a record, you have to manually re-enter it — eventually an “undo” feature will be implemented.

As mentioned earlier, no app or other installation is required. The company says that if the app works well, users shouldn’t know it’s there and that functionality can still be pulled off without any app needing to be installed.

With any company looking at personal data, we must always ask about security and privacy. Morse tells us that they don’t keep or store any of the email data on its server. There are exceptions to this rule, however — the company tracks the number of times any two Morse users have exchanged email communications, the IMAP IDs along with the timestamps for the messages, and any numbers found in the messages.

Furthermore, all emails cannot be read by anyone, either at Morse or external parties.

The company has not received any funding and is completely bootstrapped. But, now that it has launched, it isn’t too far-fetched to believe that it will begin to raise funds very shortly.

The service is free and in the immediate future, Morse says that it will be releasing integrations with every device it sees a “significant uptake in”. Eventually an API will be released that will allow synced data to appear in other systems such as accounting, sales, CRM, etc. (all with user permissions, of course).

During the beta review phase, 220 users tested the service out with a waiting list of around 2,000 names. Now, with the public launch, no more waiting lists are needed.