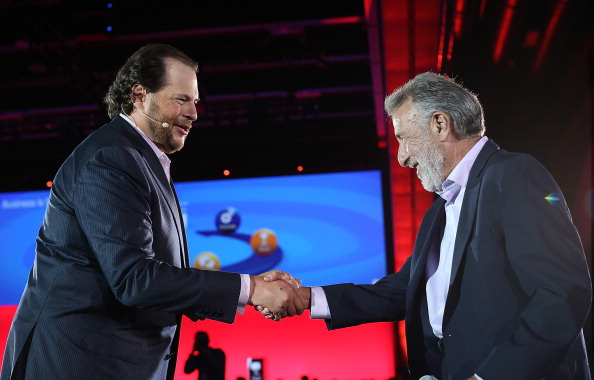 Salesforce is on a roll this quarter. On the heels of its historic third quarter earnings in which it announced that it became the “first enterprise cloud computing company to exceed a $3 billion annual revenue run rate”, it has just shared that today marked the first time it completed 1 billion transactions in a single day, with each one having an average speed of 0.268 seconds.

The company wanted to put this into perspective: last November, it reached its first 500 million transaction day and its first 150 million was in 2009. It was more than 13 years ago when Salesforce.com was founded with the goal of creating a web-based sales force automation service. And now, after what it says is its 39th major release, the company has hit the milestone of  1 billion daily transactions.

In a blog post, Salesforce recapped its historic rise and attributes its success to its users:

In 1999, we started with sales force automation. But over time, our platform evolved because you saw much greater potential. You said you needed to modify the data model. You needed to extend and integrate. You needed to build and add your own objects and your own apps. You wanted a platform to collaborate and connect with your customers in entirely new ways. And we listened. Because of you, we delivered not only our Force.com platform, but entirely new services that you all depend on every day to connect with your customers.

Many of these transactions are coming through the six different APIs that Salesforce offers through its platform, including the Rest API, SOAP API, Streaming API, Metadata API, Bulk API, and Chatter API. The company says that these feeds account for more than 50% of all transactions.

So where is the company now and just how far has it come to rake in that many transactions? It has over 800,000 developers building apps and services that tie back to the family of Salesforce products, including Desk, Force.com, Chatter, etc. and the platform itself powers more than 2.5 million apps in the market today.