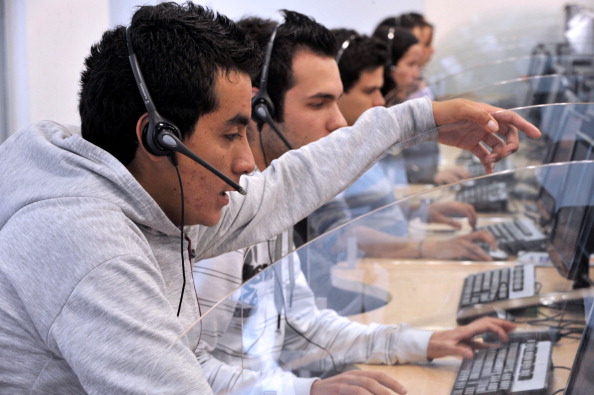 In a recent SEC filing, Pingup, a product of Getabl, revealed that it recently picked up $4 million in an equity financing round, raising its total fundraising amount to over $4 million. With this new capital, the service that is looking to replace the phone call between businesses and customers, seeks to expand its service beyond Boston and into big urban cities like San Francisco and New York City.

We spoke with Mark Slater, the founder and CEO of Pingup, and he shared with us that after starting the company a year and a half ago, it has received significant adoption in Boston (where it’s based) and in Miami. It is focused on bringing real-time communication to the commerce space so that if a customer has questions, they can simply message it to the business and someone on the other side can reply — think of it as an instant messaging business solution.

The service is available on multiple platforms, including web, mobile, and SMS (which is powered through Twilio’s SMS API in order to have conversations sent to any number of devices). And the company representative doesn’t need to be on the same device to continue the conversation. Slater tells us that it can be picked up on any device — start on the website, and move to your phone, and end with SMS — the dialogue is seamless.

What Pingup wants to do is use technology to aid in customer service by making it easier for people to resolve issues by text. If you have a question about something, you don’t have to call a 1-800 number. Instead, using Pingup, you can text your question or feedback and someone from the company can respond, potentially helping reduce the time it takes for customer service issues to be resolved, thereby reducing the amount of minutes spent on the phone along with the annoying hold music.

With the $4 million equity round, it includes the $1.1 million Pingup raised in seed funding from Avalon Ventures and other prominent angel investors in the Boston area. Slater says that in the next year, the service will be expanding to San Francisco and hopefully other cities like New York. It will also be focusing on increasing its penetration of the Boston market and will be hiring nine more people on its staff. An enterprise-focused product will be built and the company is always on the lookout for new opportunities.

To date, the company has at least 550 businesses using Pingup in Boston. It has both iOS and Android apps out in the marketplace today. Eventually, a pricing model will be announced that will explain how Pingup will monetize its service — Slater says that it will follow a per-seat per month model.

Read next: Chrome for iOS gets Passbook support, the ability to open PDFs in other apps, and text encoding