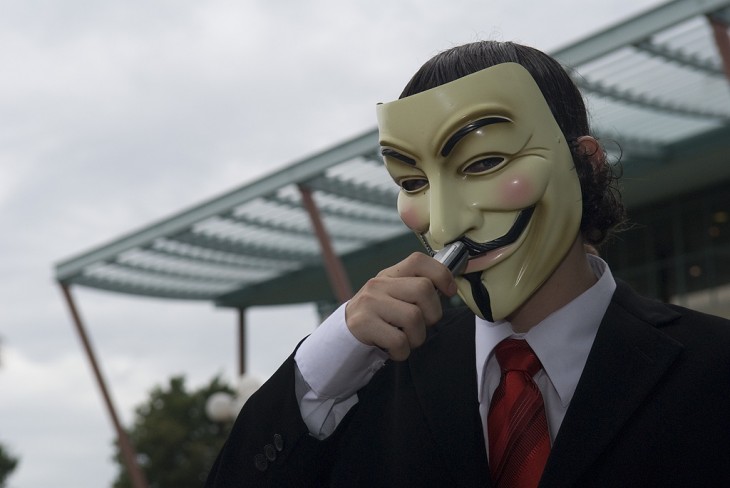 When we hear the word spy, we have an instant mental picture of what a spy is, what they look like and how they behave.

With 23 movies produced in the James Bond franchise and all the other copycat films, we’ve grown accustomed to thinking of a spy as someone that fits the following profile:

This stereotype has been enforced by every movie and show ever produced, with a few unique exceptions like Chuck. In the case of Chuck, the guy is a stereotypical geek, turned into a spy out of chance (and not brains) who eventually wins over the cute female spy. From an early age I was into computers and programming. The epic movie WarGames drew my interest to hacking. WarGames is a movie from the early 80s where the protagonist, again out of chance, ends up playing a war game with a military computer and almost starting World War III. This was one of my favourite movies growing up and it greatly influenced my thinking.

Although the James Bond type spy has its supposed perks, being a geek I’m always in search of doing things in a fast and smart way. If I can achieve the same things a spy does without leaving my office and computer, I will definitely go for that. This got me thinking and I set out on a journey of finding out what the future holds for spies. Could geeks become the ultimate killing machines and hack into every part of our lives?

We’ve come to a point that during every living moment we are in direct interdependence with technology. If we’re not on our laptops, we’re using our smartphones, our tablets, our smart TVs and the list of gadgets goes on. With every introduction of technology there’s also an introduction of a vulnerability to our information. Everyone knows what hackers can do and during the past few years it has been shown how malicious and spiteful some people can get by dumping private information on the web for anyone to see and make use of. What used to be your cherished childhood memory turned password, now sits in a big dictionary attack database ready to be used by someone.

Technology has enabled us to do great things but when we reach the point that all our information and activities are handled via technology then we are opening up a pathway for anyone with the right skills to take advantage of. By continuously tracking our lives to make them better we are also allowing others to track our lives at our peril.

A geek no longer has to go into the extremities that your movie spies would go to in order to get some information. All they have to do is hack into the device that you own that has the lowest barrier of entry and from there start monitoring what you do. Let’s take for example what a research team from Georgia Tech managed to do. We all protect our computers with anti-spyware so installing a keylogger (a piece of software or device that logs every key you press) is a difficult thing to do. This team of geeks thought of another way to get all your precious information. If you look at someone working on a laptop or PC you will usually see them having their smartphone next to their keyboard.

This common practice gave them an idea. How about we create a trojan that poses as an app for the iPhone and monitors what keys you press by measuring the vibrations from your keyboard using the iPhone’s accelerometer? The result was an app they called spiPhone and it can log your key presses with 80 percent accuracy! You might think that you would never install a dodgy app, but you would never be able to tell since your iPhone doesn’t have an antispyware/antivirus system.

With different vulnerable technologies entering our lives we could easily lose control of our brains. Which takes us to the next area.

The greatest information machine: Your brain

The brain is a beautiful machine. It stores all our memories in mysterious ways. It keeps us alive, it helps us function and it can also be the reason for our demise.

Almost every month I see a new technology coming out that performs EEG (that’s short for electroencephalography, i.e. measuring your electrical brain signals) and promises to make our lives better. Controlling devices with our thoughts, letting us know what we are doing wrong during the day and how we can sleep better. These are great informational resources, until they fall into the wrong hands.

Where a spy would have to monitor you 24/7, eavesdrop into your communications and interrogate the life out of you, a geek would just have to get your EEG and start mapping things together. By remotely monitoring you and analysing your experiences against your EEG they would be able to basically know what your deepest and even subconscious thoughts are. This might sound a bit like science fiction (which it kind of is) but the latest research proves that we are not very far away from this becoming a reality.

As covered a few months ago in this article, a team of researchers from the University of California, University of Oxford and University of Geneva figured out a way to hack their human subjects. They got them to wear a cheap headset that is normally used to control games with thoughts and mapped the brain’s activity against what they were looking at. This allowed them to identify where the subjects live and what the first number of their PIN was. It’s still a long way from reality but once the flood gates are open, the only way is forward.

With our brains hacked our last resort for protection is our bodies but as it turns out, nothing is safe.

Hacking our bodies up to now was associated with making them function in a better, more efficient way. In the near future it will mean our bodies getting hacked by other people to do exactly what they want. What I’m talking about is DNA hacking and it’s the most promising and scary thing at the same time.

With the human genome mapped, this means that researchers can now get to work on fixing all the problems that our bodies might have. Allergic to cats? No problem, just print out this DNA fix, ingest it orally and you’re good to go. High risk of a hereditary disease? Piece of cake, just swallow this little update. But with such great benefits also come incredible risks. By opening up our bodies to all these cures, we’ve also opened up our bodies to exploit. While up to now an exploit would take advantage of a vulnerability in a computer, future exploits will take advantage of a vulnerability in your DNA. A trojan might be masquerading as a cure that you will be happy to ingest.

As bioengineer Andrew Hessel said in an interview “When I look at the world of computing today, I see all of these hacks, all of these little exploits, whether it’s spam or whether it’s literally hacking into different systems and manipulating them in different ways. And I see the potential for biology to be used in very similar ways.” Once this has been achieved hackers will have access to every piece of our bodies. Our immune systems, our vital organs, our brains and even our thoughts.

And it goes further than that. Where a spy would have to go into great lengths to take a world leader off the map, a geek will have an easy day. As portrayed in this article they would be sitting in their lab, have their insect drone ready and send it off to battle. Controlling it remotely they would be able to get a sample of their target’s DNA and once they have the ultimate key they can open any door they want and take down their target.

All this might sound like science fiction that will never exist — but the above examples prove otherwise. There are even companies that will start curing diseases using gene therapy as early as next year! Although I’m happy that all our ailments will soon be gone, I’m not sure if living such a vulnerable life is worthwhile.

What do you think — will geeks become the ultimate killing machines? Share your thoughts in the comments.

Read next: Minecraft Reality app arrives for iOS, brings your creations into the real world for others to find