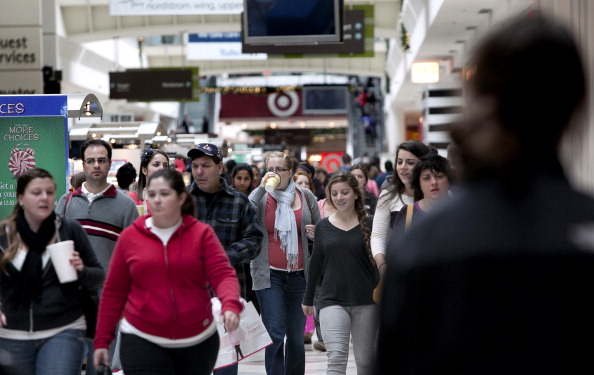 In the United States, it’s the day after Thanksgiving and that usually means it’s the start of a holiday tradition: Black Friday. On Facebook, there has been a lot of chatter relating to holiday shopping (up 160% from last month) and Christmas (up 157%), but what are brands and businesses doing to reach out to customers?

Facebook pages have this interesting metric called “People Talking About This” (PTAT) and the social network compiled a list of the top 10 brands with the highest number right now.

PTAT is gauged by the number of unique users who’ve created a story (or posted something on their timeline) about a specific page in a seven-day period. It’s important to also note that just because a brand is being talked about, doesn’t mean that it’s always positive news for the company, as we’ll explain a little later on.

What are the top brands being mentioned (and their PTAT scores) on Facebook during Black Friday?

Prior to Black Friday, Target was the leader in PTAT, but with the news about Wal-Mart workers staging a nationwide strike, that has clearly helped elevate the company to the top position — definitely not because of positive news. While most brands would love to be talked about because of their sales and products, Wal-Mart finds itself once again in a top position for the wrong reason, especially at the start of the holiday retail season.

Out of the above list, there are three brands that stand-out in using Facebook to appeal to fans and share the best deals possible: Macy’s, Kohl’s, and the Gap.

With Macy’s, the retail giant created My Macy’s timeline app that allows people to discover products and sales, create shopping lists, Like and share items with their friends and post things that they’ve bought.

Kohl’s, a brand with an engaging and active presence on the social network, has also taken advantage of the holidays and social media, but with a more charitable twist: this holiday, it’s donating $1 to Toys for Tots for every new person who Likes its Facebook page from now through December 24. The department store says that it will give fans exclusive offers and can participate in selecting items to go on sale.

Gap is using Postagram to allow friends to create real pop-out square photos from their Facebook, Instagram, and camera photos free of charge. Up to 1 million free photos are being issued through the end of December.

But these two companies are not the only ones to participate in Black Friday on Facebook. Many others are using it, including Fab, FedEx, PetSmart, Samsung, and more.