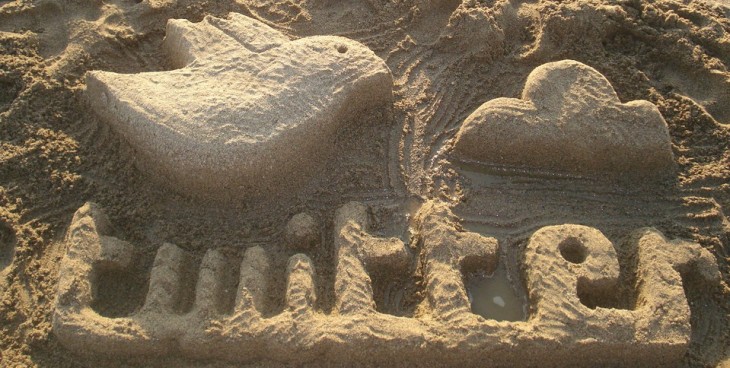 It’s a new world, and a new war. At the beginning of the recent escalation of violence between Israel and forces present in the Gaza Strip, the nation took to Twitter and Facebook to announce its military actions. Small groups have long used social media to broadcast their messages, but for a wealthy, developed nation to do so was new.

And while the official Israel Defense Forces’ Twitter account has been active – and mocked occasionally for cavalier and tone-deaf comments concerning issues of literal life and death – so too has its opponent, broadcasting its military exploits in unision.

This has provided us, citizens of the world and denizens of new media, a perspective inside of a conflict that is faster, and more up to date than ever before. George Carlin’s old joke about how the first Gulf War was the first war on all the channels, plus cable now feels hopelessly out of date.

Interestingly, there are calls for the banning of the Twitter account of Hamas, Israel’s military foe, and political force in the Gaza Strip.

This is not simply a matter of perspective: the demands put Twitter itself into a bit of a jam; there are those who view the actions of Israel to be the acts of a rogue nation, ghettoizing a people, encroaching on their land, and then slamming them militarily when they protest with force. At the same time, the opposing perspective views Israel’s military campaign as one of response, in protection of its people, against a terrorist government’s reign of rocket-fueled death.

I make the cases in more extreme language to make the point that there are those across the rift that are diametrically opposed in their take on the conflict.

We now return to the calls for the banning of Hamas’s Twitter account. Rep. Ted Poe, of Texas, was quoted recently by The Hill as saying the following:

Allowing foreign terrorist organizations like Hamas to operate on Twitter is enabling the enemy. Failure to block access arms them with the ability to freely spread their violent propaganda and mobilize in their War on Israel. […] Anti-American foreign terrorist groups around the world are doing the same thing every day. The FBI and Twitter must recognize sooner rather than later that social media is a tool for the terrorists.

And as The Daily Beast has noted, this is not the only call for such censorship:

Is Twitter guilty of aiding Hamas terrorism? That’s what a petition by the pro-Israel group Christians United for Israel (CUFI) claims. In a campaign launched—where else?—on Twitter, the group argues that providing “services” of any kind to a designated terrorist organization like Hamas is a federal crime. It has urged its members and supporters to email Twitter demanding it to ban Hamas.

Israel, an economic, military, and political ally of the United States, where Twitter was founded and remains based, may have an upper hand in this specific brawl, as no calls for the banning of its accounts has reached the ears of TNW. At the same time, is it Twitter’s place to determine which party is correct, and to ban the loser?

I repeat myself: this is a jam for Twitter.

Let’s remove all moral implications from the situation for a moment. In this construct, whichever side Twitter picks, it loses; to favor one party over the other would enrage a large demographic swathe, and leave Twitter open to boycott and negative news cycles.

When the IDF took to Twitter, TNW asked the company about the situation: was this within its Terms of Service? Did it have a comment? Twitter’s silence in the intervening days is sufficient response.

Now, there could be an out for Twitter in this potential controversy: if the FBI makes a choice, it could force Twitter into an action. This would make the company’s move a non-moralizing action. That would absolve it from rebuke, at least in theory.