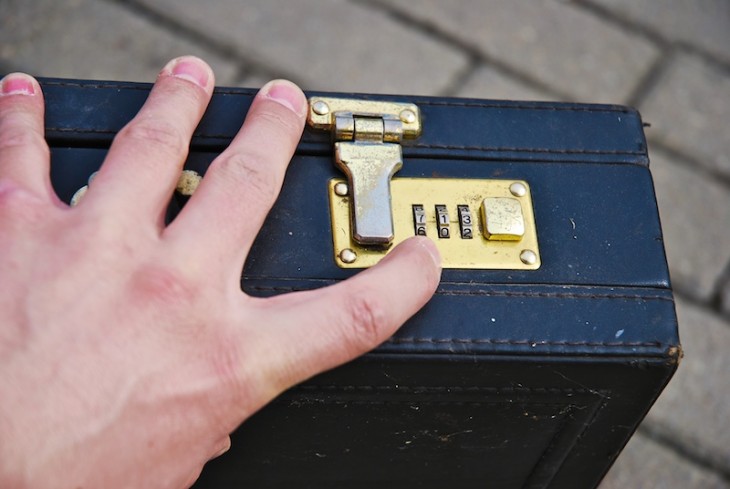 A dead pigeon discovered a few weeks ago in a UK chimney may be able to provide new answers to the secrets of World War II. Unfortunately, British cryptographers at the country’s Government Communications Headquarters (GCHQ) have been unable to crack the code encrypting a message the bird was tasked with sending and say they are confident it cannot be decoded “without access to the original cryptographic material.”

There is hope, however:

Each pigeon in service was given an identity number. Two such numbers, NURP.40.TW.194 and NURP.37.OK.76, have been identified on the Bletchingley message. Either of these could be the identity of the pigeon in the chimney. The Curator of the Pigeon Museum at Bletchley Park is trying to trace these numbers, and if they are identified and their wartime service established, it could help to decode the message, as could identifying “Sjt W Stot” and “X02”.

Although it is disappointing that we cannot yet read the message brought back by a brave carrier pigeon, it is a tribute to the skills of the wartime code-makers that, despite working under severe pressure, they devised a code that was undecipherable both then and now.

Code breakers believe there are at least two possibilities for how the message was encrypted, and why it’s so hard to decrypt. It may be based on a “onetime pad” that uses a random set of letters (known only to the sender and the recipient) or on a now probably destroyed code book designed specifically for a single operation or mission.

The GCHQ received the code at the beginning of the month, but on Friday acknowledged it was stumped. The intelligence agency is hoping to make progress after receiving more information about the circumstances from the public. Pigeon specialists believe the pigeon may have been flying home from British units in France around the time of the D-Day Normandy landings in 1944, but more context may be required to help solve the case.

The message in question was found on the leg of a long-dead carrier pigeon by David Martin when he was renovating his household chimney in Surrey, England. Attached to the leg was a red canister, inside of which was a thin piece of paper with the words “Pigeon Service” at the top and 27 handwritten blocks of code.

“We didn’t really hold out any hopes we would be able to read the message because the sort of codes that were constructed to be used during operations were designed only to be able to be read by the senders and the recipients,” a GCHQ historian, who was identified only as Tony under the agency’s secrecy protocols, told the BBC. “Unless you get rather more idea than we have of who actually sent this message and who it was sent to we are not going to find out what the underlying code being used was.”

The code’s text follows; can you figure it out?

Read next: Poland wants Kaczyński's plane crash photos deleted from sites hosted in Russia, Germany, and the US