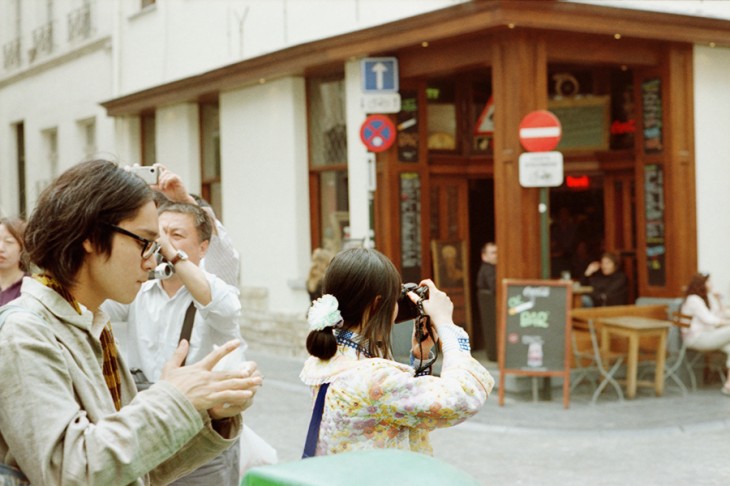 Have you ever been to a particular place around the world and know that if you had just one day there, it would be easy to know what to do? What if you had friends asking you what should they do in your town or city — what would you recommend? These can sometimes be tough issues to solve, but with Peek’s Perfect Day Builder, now you can help others figure out what to do no matter where they are.

Just weeks after its public debut, Peek, a service designed around helping you find the right activities for your travels, says it received feedback from its users who wanted to find out how they too could create their own Perfect Day scenario.

In its current form, Peek shares Perfect Days from celebrities like CNN host Piers Morgan, Square’s Jack Dorsey, Tory Burch, French Laundry chef Timothy Hollingsworth, and others. But now, the company is interested in creating an opportunity to democratize the travel tips process where users can create their own day, share it, and have the best ones be voted up to the top and celebrated.

And while Peek is only available in California, specifically San Diego, San Francisco, wine country, and Hawaii, with Los Angeles coming soon, it’s impossible for the service to create these Days in hundreds of cities around the world. The Perfect Day Builder looks to help bridge the gap between where the company is and where it isn’t. Through crowdsourcing, it will be able to have its users create itineraries in a variety of locales.

With a Perfect Day, you can tell people what the best things to do, top places to see, restaurants to eat at, and more in a particular city within a 24 hour period. A customized map is generated to help those that view your Day understand where things are in that destination. Create as many as you want and you can edit them at any time. Other users can “vote up” the ones that they love — those that receive the most votes don’t receive a prize or anything, just the satisfaction of it being heavily favored by the community.

The service uses Foursquare to help find the venues and attractions in any city. Photos displayed in your Perfect Day can be sourced also from Foursquare and Google.

The timing of this release is interesting, especially as two other travel-related companies released somewhat similar services — Airbnb launched its Neighborhoods service while Hipmunk debuted its neighborhood guide. We spoke with Ruzwana Bashir, co-founder of Peek, and she tells us that she doesn’t see them as competitors, but perhaps more complementary.

Since its launch, Bashir says that the company has been doing well and has received great support from users. However, she declined to give specifics. Peek has raised $1.4 million in seed funding from Jack Dorsey, Google’s Eric Schmidt, SV Angel, and Khosla Ventures