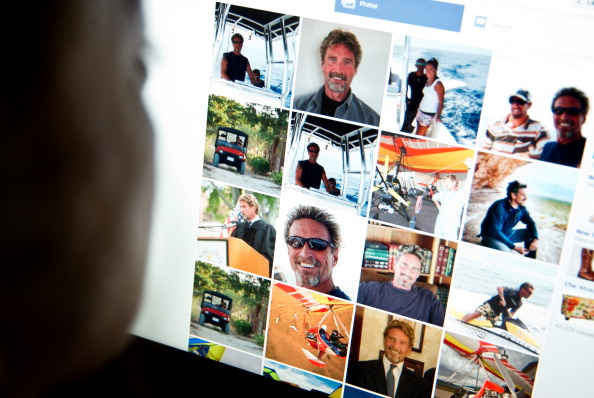 John McAfee, famed anti-virus software designer, now a wanted suspect in Belize, has penned a post on his blog that states that if he’s captured, he has pre-written enough content to keep his site alive for at least a year and that he has set aside a reward of $25,000 for those really responsible.

Deep into hiding from the authorities who have charged him with murder in the Central American country, McAfee has chosen to state his case using primarily the only media available to him now — the Internet. In it, he writes about how he has to dress up in disguises, sleeping arrangements, opinions about the Belizean government, and more. After being arrested earlier this year, he stated that he was sought after because he refused to donate money to Belize’s ruling United Democratic Party.

For a while now, he has used his blog as a megaphone to get his voice heard by people in an attempt to get justice. Today, he says he announced on NBC Television that he is offering a $25,000 reward for the capture of the person or persons responsible for the murder of fellow American Gregory Viant Faull, who was found dead over the weekend.

In his latest post, McAfee states that he is encouraging people to help support his cause to find justice for Faull and should he be captured, his administrator, Chad, will monitor comments and handle administering the reward. He goes on to say “In truth my continued involvement from this point is irrelevant.”

McAfee is the creator of the famed antivirus program. He sold his stake in the company in the early 90s and moved to Belize three years ago. According to CBS News, he told the New York Times two years ago that he “lost all but $4 million of his $100 million fortune in the US financial crisis”, but this is still in doubt as Gizmodo claims it’s not accurate at all.

As we reported earlier, McAfee has been in trouble before. He’s been the subject of a wrongful death lawsuit and even was criticized after misleading a journalist who was writing a feature for Fast Company.