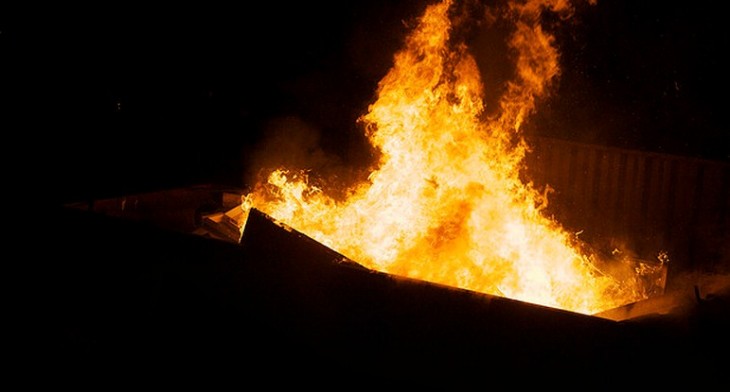 If you are put off by financial meanderings and other ditherings, this post is not for you. Also, I’m canceling our lunch.

Here’s a fun fact: The public markets are currently betting that Apple will grow more slowly than Microsoft in the coming years. What’s that you say, are they drunk? Perhaps, it is Wall Street after all, but I’m being quite serious. Let’s get busy.

Apple’s current price-earnings ratio (PE) is 11.89. That means that its total market valuation is 11.89 times its earnings. That is not a very rich valuation. Microsoft, by comparison, has a PE of 14.44. That’s higher, if you were counting.

Apple returns just over 2% in yearly dividends, at its current price, while Microsoft will pay you a touch more than 3.4%. In short, both firms are stable, dividend paying companies with mountains of cash – more than $100 billion in Apple’s case – that control massive slices of the technology market.

And while Microsoft has only recently found the growth engine, Apple has been storming the burning planes for years now.

Despite its run to $700 a share, Apple has fallen to a somewhat ignominious $523, knocking it out of the $500 billion club. Apple is now worth a peasant’s $493.8 billion, the poor thing.  This isn’t much of a joke, as tens of billions of dollars of value have been evaporated.

Now, Microsoft, what are you worth? $224 billion, according to the markets. Or much closer to $150 billion after you subtract its cash. If that feels a bit hilarious, you might be right. Again, it’s PE ratio belies the tale: the market is not expecting Microsoft to grow much in the coming time frame.

Over one, and the stock is likely overvalued, and if under, undervalued.

So, the market, has Microsoft’s future growth pegged at about a 14% for the coming years, making its PE ratio sensical, if perhaps a bit stingy; there is no long-term enthusiasm that Windows 8 will spark a revenue renaissance, in other words.

This is where things get silly. Betting that Microsoft is only going to grow at 14% year? That I can stomach. However, Apple’s numbers are just funny.

Let’s recall that Apple is currently valued at a PE ratio of 11.89. Given it’s expected 5 year PEG ratio – set by the way, by Thomson Reuters’ forecasts, and not some halfwit analyst with an axe to grind – the market is essentially betting that the company will grow at 24% a year, but refuses to value it as such.

That is more than 14%, if you are still counting. However, no one wants to pay that much.

If you were to value the company at Microsoft’s PEG, Apple would be worth essentially $1 trillion. Does that sound like too much? Then you have to state that either Microsoft is far overvalued at $224 billion, a PE of 14.4, and a PEG of essentially 1, or Apple is in fact far, far undervalued.

You can’t have it both ways.

Put another way: Apple is expected to grow 171% the rate of Microsoft on a relative basis, but is being valued as if it will grow at 50% its rate, on a ratio-to-ratio basis. That’s just funny.

Apple’s stock price is higher than Microsoft’s. That in and of itself doesn’t mean a damn thing; I could issue 1 quadrillion shares in a company, charge $1 apiece, and have a company worth $1 quadrillion. So, the actual price per share of a firm isn’t itself too important.

Obviously, there are caveats to that statement, but this post isn’t a lesson in stock price dynamics, so be quiet.

Apple plunged to a six-month low Thursday as funds rushed to take profits on the stock before it’s too late. Shares are now off 25 percent since late September-shortly after the iPhone 5 launch and a month before the iPad Mini introduction.

The stock, once up 74 percent on the year, is still up 30 percent for 2012. That’s why Wall Street is getting out while it can.

Yeah, let’s rip our money out of a company with $120 billion in cash, operating margins above 30%, several new hit products, a coming holiday sales cycle built for its device and service lineup, and, wait for it, a market valuation that undervalues its growth by 50%.

Read next: The native Google Maps app for iOS will reportedly have turn-by-turn navigation when launched