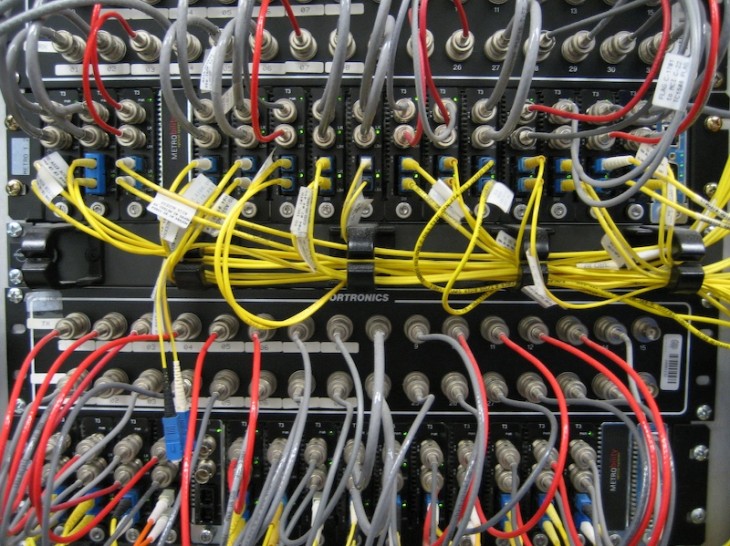 Box has been busy over the past year or so tying itself into the enterprise world. From rolling out its OneCloud service to integrating with multiple enterprise applications through its Box Embed service, this file-sharing, cloud-based service has been active helping to make things easier for the business world.

But as the company grows, so too must its infrastructure in order to handle the enormous amount of data people share and be able to scale. To help alleviate this problem, Box is utilizing Platform Equinix in its infrastructure.

What is Platform Equinix and why haven’t I heard of it?

If you’ve never heard about Platform Equinix before, then it’s probably alright. After all, it isn’t one of those services that people tend to talk about unless they’re referring to service infrastructure. Started by Equinix, this product is a group of its International Business Exchange (IBX) global data centers that can be used to help accelerate business growth. And why are IBX data centers so important for a business? Equinix says that it offers companies more reliability, security, power density, and better recovery.

As you might have guessed, IBX does have multiple global data centers, with locations in over 30 major business markets in the US, Europe, and in Asia. For Box, it says it has expanded its infrastructure into data centers in Chicago, Ashburn, VA, Amsterdam, Sydney, Hong Kong, and Tokyo.

What does this mean for users of Box?

For the average person, what they’ll notice is better access, quicker speeds (up to 10 times), and better performance (60% improvement). With 140,000 businesses and 14 million individual users, the company needs to explore better ways of making sure that latency and performance aren’t sacrificed as content gets moved into the cloud. With Box working to becoming the de facto storage service for companies, it has an obligation to make the necessary upgrades so people feel comfortable with leaving their content with the service.

Through Platform Equinix, Box said it’s going to be able to “accelerate its growth by safeguarding its infrastructure” while also providing “direct connections to [its] digital supply chain.” 92% of all Fortune 500 companies, many of which have overseas offices rely on the service to handle its files and content in the cloud, use the service and so their level of trust and satisfaction in it must be maintained — having a system run slow because it needs to connect with a single center in a remote part of the world is not going to help reassure companies that a service is worth it, and this is probably a scenario that Box wanted to avoid.

Box said that it sought a “top-tier data center” as an important foundation for its growth. It worked with Equinix to put together what it considered to be a strategy for distributing a global network of notes — something that is being used to help the company growth worldwide rapidly with its business customers.