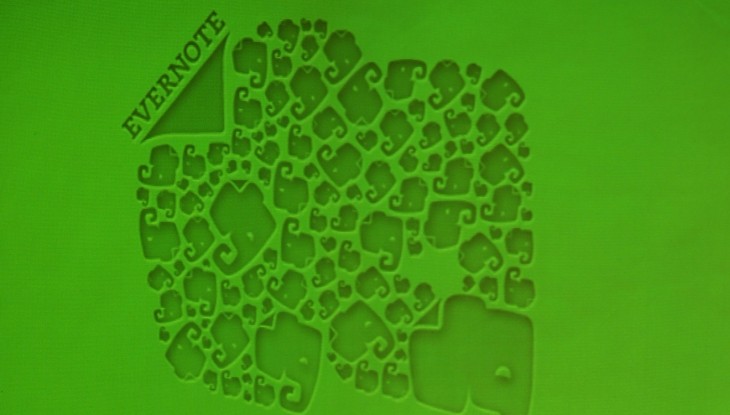 Fresh from launching version 5 of its popular digital note-taking and saving service, 5-year-old US startup Evernote has revealed that it is making a number of changes to its terms of service, private policy and legal system in light of the phenomenal growth it has made in recent times.

The company started out way back in 2007 — check out TNW’s 4 year old post offering up 50 beta invites — and it’s come some way, launching a dedicated service in China this year, for example. With that in mind, it is wholly logical that the company needs to adjust the framework with which it manages its ever-increasing and diversified user base, which stood at 32 million in August.

The company is quick to explain that its basic principles remain unchanged — “Your data is yours, your data is protected, your data is portable” — but it has amended its user policies and will introduce a new legal system from December 4.

The firm says that the new terms of service and privacy policy, which are both live now, are more conversational and easier to read and include greater customer support thanks to the establishment of a Switzerland-based company —  Evernote GmbH. — which will help manage data-related issues for users within the European Economic Area.

Other global Evernoters are still covered by the company’s California based entity though, it explains.

Evernote’s upcoming business service and the impressive growth it has seen among schools and other educational institutions has also necessitated changes in contacts to address items such as business-individual access and underage users.

Bruce Willis was reportedly fighting for post-death rights for music downloads and that’s a topic that Evernote — which strives to be a 100-year company used to store all of a person’s notable information throughout their life — has tackled with the new ToS. Moving from its policy of not sharing data with next-of-kins it says it will “encourage our users to decide whether their content should be available to others.”

Finally, the firm has introduced a new policy to help manage disputes, as it explains:

We have revamped our dispute resolution process by introducing arbitration provisions that will enable users throughout the world to resolve disputes they may have with Evernote more expeditiously and less expensively.

Users can now file lawsuits without a need to travel to the US or Switzerland and, among other things, the changes will see the company itself pay the arbitration-related fees for all claims up to US$10,000.

As stated earlier, these changes are very much a result of Evernote’s incredible growth and changing needs. While CEO Phil Libin has said he is in no rush to push for an IPO, the company has raised $166 million in funding and has huge international reach, which makes managing things considerably more complicated than at a fresh, young startup.

If you’re an Evernote user, the company recommends that you check out the revisions in full, so head over to the blog post for full details.