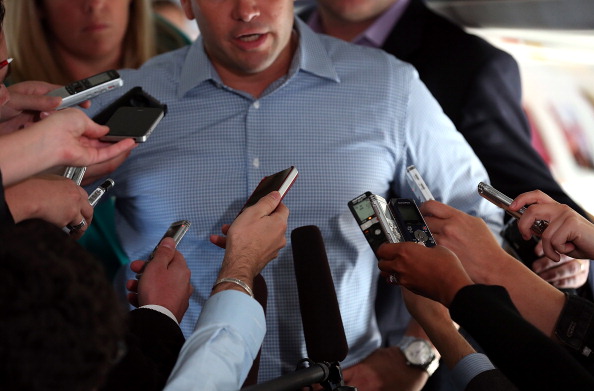 A few months after the release of its inPowered Stories feature designed to help influential bloggers earn money, Netshelter, a tech-focused advertising network, has decided to rebrand itself and is now being called inPowered, Inc. With this announcement, the company is releasing what it believes to be the industry’s first earned advertising platform that is powered through (what else?) earned media.

With this rebrand, it’s important to note that Netshelter isn’t going away. However, there will be a change and its existing inPowered product will be spun out alongside the ad network, both of which will be managed by parent company inPowered, Inc. With this new platform, brands are going to be able to use what experts, thought leaders, bloggers, and journalists say about them or their competitors.

Through this self-managed service, brands can do what they typically needed Netshelter to do for them formerly when dealing with earned media. Similar to Facebook’s Sponsored Stories, which can reveal recommendations from thought leaders and influencers, this platform empowers brands to choose articles or stories from across the web and social channels to help influence customers to make a purchase decision. Pirouz Nilforoush, a co-founder, says that it focuses on three main capabilities: discover, amplify, and measure.

With discover, inPowered will allow you to search and analyze the impact of your earned media, specifically how many people are being influenced by these stories and how many are sharing them. With amplification, brands will be able to push select stories out into ads powered through the platform, in addition to your Facebook and Twitter accounts. Lastly, with measure, metrics are important to any brand and the system will enable marketers to measure the benefit that they receive through this earned media platform versus regular advertising.

Brands can now manage their own campaigns and choose what earned media stories they wish to display on their advertising. These ads can be served throughout the Netshelter network or through Google or any host of other ad placements. You might think of this as the earned media’s version of Google AdSense, complete with all the metrics, platform, and payment processing as well (you set what you want to spend and you’re only charged when someone clicks and reads/shares the article).

This self-managed version of inPowered has been in development for a while and in the past 11 months, a managed version was available through Netshelter, but brands were not able to customize it to their needs without soliciting help from the company. According to inPowered, during this “trial period”, it was heavily used and even became highly sought after by companies like Samsung. Peggy Ang, the tech manufacturer’s VP of Marketing, says:

inPowered plays a critical role in our advertising strategy; it is the key tool for amplifying our message. We might have thousands of articles online, but inPowered tells us the top 10 stories that people are reading, and then amplifies them to the wider network. The measurement functionality enables us to devise a strategy for communicating the right message that resonates with consumers.

According to a study by Marketing Evolution, earned advertising has become quite successful in the industry and has resulted in great gains for the company and its customers. Using inPowered’s solution, brands saw a lift in purchase considerations nearly four times more than through traditional online advertising and an increase of 14 times the ROI.

Netshelter, with over 150 million unique monthly visitors, is going to be a subsidiary of the new holding company and will be a key distribution channel for advertising. While originally focused on the tech industry, Niforoush tells us that in the near future, the company will also be extending its service to other verticals, such as the automotive industry, travel, finance, and fashion/beauty.

The company has raised over $26 million in funding and has over 4,500 professional tech bloggers on its network.