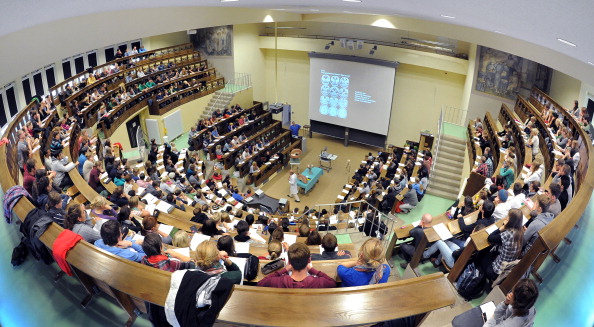 Prezi, the Cloud-based presentation software startup, has just helped more than 15 million users. Its next move is to unveil a brand new website with a redesigned user interface that is much more playful than before, introduce the Idea Economy, and make a move towards being the service of choice for the enterprise.

It wasn’t that long ago when we first heard about the company passing 12 million users. Three months later and now it’s being used by millions more around one million new sign-ups each month.

And it’s not just consumers using the service — sure there are some that are making fun and entertaining things with a Prezi, such as a “prezume” (a resume presentation), clever wedding proposals, and more. But the enterprise is getting a bit more involved with what the service can do — 75% of all Fortune 100 companies are using it, Prezi says.

Prezi’s CEO Peter Arvai said the plan for the future is to support the Idea Economy — something that he says is a concept where businesses “place a premium on ideas that matter and will have a big impact.” But while many have been talking about the consumerization of the enterprise, Arvai believes that the industry should be focused on the next phase, something he believes involves the “creativization of the enterprise — where ideas are king.”

So to support the effort to help develop and share ideas, the company has undergone a bit of a transformation. Today, it has spiced up its website  so that users will find a brand new user interface to build their Prezi presentations. The company says that the new interface is much simpler in style with an intuitive experience and the ability to create presentations quickly and easily. And while there were originally six presentation templates to choose from, the service now offers a total of 48 with new ones to be added regularly.

Since its start in 2009, Prezi has been working to provide inspiration for users to create engaging presentations. It operates on a freemium model, which means that as long as you don’t mind your presentations remaining available to the public, you won’t have to pay a thing, but if you don’t like to share, you can pay $60 per year. But since most users don’t mind sharing, it has helped to create an enormous archive for other users to learn from and derive ideas from and used over and over again.

The new Prezi templates and interface is available for all starting today.