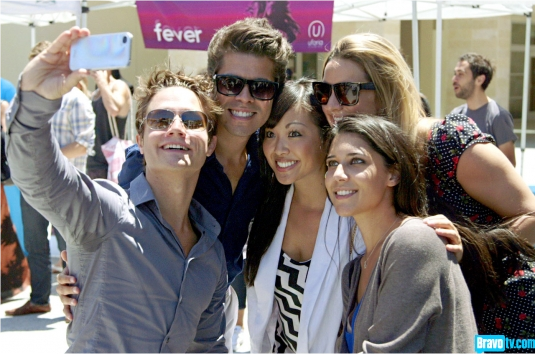 Days before the premiere of the Bravo television network’s newest reality show “Start-Ups: Silicon Valley” comes a new site by the network to capitalize on the interest the show has received. Called Silicon Valley Status, it’s an extension of the controversial show that follows six entrepreneurs as they try to make it big in the Valley. The goal? To bring viewers closer to understanding what it takes to create their own startup and to see how well your social influence measures up against everyone.

Okay, yes, we know what you’re thinking: there is no possible way that figuring out your “influence” make you a better entrepreneur or let you experience life in a startup. And you’re right. Silicon Valley Status is not a site that people should be relying on when it comes to understanding the hustle, blood, sweat, and tears that entrepreneurs have to go through just to make it big and change the world. It’s impossible to capture that in a score and anything to the contrary is just ridiculous. And definitely shouldn’t be used to help you get a job.

Bravo TV says they realize this — it isn’t trying to prove a point. Ellen Stone, the network’s Senior Vice-President of Marketing, tells us that this is purely for entertainment purposes only. It’s supposed to create a fun experience that gives viewers an association with what goes on in the show while also rewarding them for doing so.

What Kind of Statement Are You Making?

Silicon Valley Status is the latest social project by the network that has been heavily involved in digital promotions. Based on its research, Stone says that the viewers are folks who have a passion for the digital space who are often tech savvy and first-movers. These are people who really want to find out what’s going on in Facebook, what’s happening with Pinterest, and more. This website will examine the viewer’s acuity and measure it against their friends, “Bravolebrities”, and even the cast of “Start-Ups: Silicon Valley”.

The site will allow viewers or fans to determine what their Status score is, derived from three specific social factors using the most popular social networks. Popularity is the first one, where your ability to share conversations is examined, is gleamed from Facebook — there is an algorithm that loks at what you’ve liked on the social network and who you’re friends with while learning how your content was shared.

Other factors include your influence and that’s taken from Twitter. The website won’t examine how many followers you have, but how your conversations are retweeted and examines your profile. Lastly, what is your “it” factor? This is pulled from your photos on Instagram that will see how you do on the image scale. All of these put together will give you an aggregate score between 1-999. The maximum score you can receive for each factor is 333. Apparently these three platforms will determine your influence.

Fans can log into the site and check out their scores. You’ll need to authorize all three social networks in order to find out your influence. Once you’re done, you can go ahead and compare yourself against your friends and others with the Silicon Valley Status leaderboard. Test your social presence out and see how it stacks up against the cast of the show, including Ben Way, Hermione Way, Sarah Austin, Kim Taylor, David Murray, and Dwight Crow. Not only that, but you can compare yourself against other “Bravolebrities”  (yes, that’s actually what they’re called) — these are those well-known people on your favorite Bravo shows who are tied into Twitter, like Andy Cohen.

You can check back every day or each week to see how your scores stack up. To help fans “increase their scores”, Bravo has enlisted the help of the show’s cast to produce several videos on how to do better online. These “insider tips” range from helping you engage more with your friends on Facebook, how to craft a better Twitter profile, how to make your friends jealous of your Instagram photos, how you can take the perfect profile picture, and much more.

Put Your “Status” On Display

To help promote Silicon Valley Status, between November 5 through 11, Bravo will take the leaders of each day and have their profile photos showcased on one of six digital billboards in Silicon Valley that run along the US-101 highway. In addition, they will have their names showcased on Bravo’s website in a “portraits of fame” gallery. One lucky leader will even have the opportunity to be on the cover photo of the network’s Facebook page.

Oh, and there’s one more thing: by participating in the launch of the website, fans will be entered into a sweepstakes where they can win a chance to attend the Silicon Valley premiere party with the cast on November 4.

This site will not have any advertising on the site because it’s a first look and Stone wanted it to be clean. Additionally, it was created in HTML5 so that it can be accessed anywhere fans wanted through the use of responsive design — that means you can check your “status” on your computer, tablet, or even smartphone.

Bravo will be actively promoting Silicon Valley Status through tweets from its “Bravolebrities”, search campaigns, digital media advertising (those lovable banner ads), and through Google AdWords and Facebook Ads.

The creation of Silicon Valley Status is probably great for those outside of Silicon Valley, but news of this site will surely rile up a few folks here in the San Francisco Bay Area. The show has not been without controversy since it was first announced and this social media influence service will most likely rekindle some criticism about the show, if not about the show, but about the measurement of influence.

“Start-Ups: Silicon Valley” is set to premiere on November 5 at 10pm Pacific on Bravo.

Read next: TNW Pick of the Day: Beamr lets you share full-res iPhone photos at speed, in beautiful digital albums