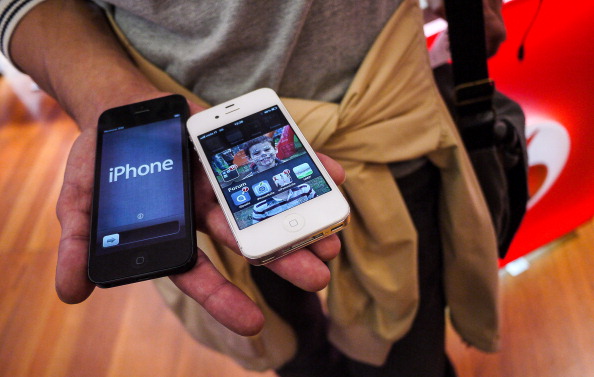 The United States government has ruled that it’s perfectly legal for you to jailbreak your phone — and by jailbreak, we mean that it’s not going to violate any copyright laws. But don’t think that you’re going to be able to legally hack any of your other devices, because the US Copyright Office says that tablets are excluded from this ruling.

As reported by The Verge, the US Copyright Office issued rulings on exemptions to the Digital Millennium Copyright Act (DMCA) today and said that the “category of tablets is difficult to define” so rather than issue a blanket exemption, it declined to lump tablet devices in with phones.

The DMCA was created by the US government in an attempt to implement and adhere to the WIPO Copyright Treaty and WIPO Performances and Phonograms Treaty that were both passed in 1996. The Act was designed to establish rules in the digital marketplace to govern copyright owners, consumers, manufacturers, distributors, libraries, educators, and online service providers.

What the US Copyright Office was judging specifically was software interoperability. The issue before the Office was how to address:

The item on the docket seems to address iPhone and smartphone usage because when you’re dealing with applications, the one issue that many face is that you can find it on one platform, but not always on the other.

The Electronic Frontier Foundation, along with the New America Foundation’s Open Technology Initiative, New Media Rights, Mozilla Corporation, and the Free Software Foundation petitioned the US Copyright Office to grant an exemption to the DMCA and it was ruled that since many smartphones have access control protections, the request to have “lawfully acquired applications interoperable with the handset’s software” was deemed fair and that access controls “adversely affected that function.”

But when the issue surrounding tablets came up, the US Copyright Office determined that there was insufficient basis to grant an exemption, but it did leave the door open for future exemptions. Opponents of granting an exemption claimed that the DMCA already defined “the contours of acceptable circumvention related to interoperability” and in the end, managed to sway the ruling in their favor, but there was one important note to the ruling. The US Copyright Office found that:

…proponents had established that the prohibition is adversely affecting and likely to continue to have an adverse impact on, certain use of mobile devices in which the firmware, a copyrightable work, is protected by technological measures. The evidence in the record indicated that smartphones have been widely adopted and that consumer acceptance of such devices will continue to increase in the future…

So the exemption appears to be granted to smartphones because they had been widely adopted, more so than tablets. As more applications become available for these devices and as it proliferates through our daily lives, you could probably expect the government to review its exemption ruling again and allow interoperability to become legal.

This ruling came at the US Copyright Office’s triennial meeting.