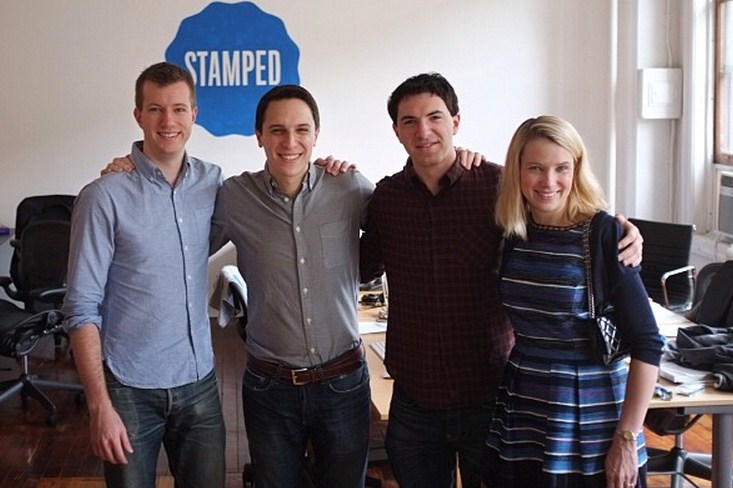 According to Mashable, Yahoo’s new tenure under Marissa Mayer has just hit an important milestone: its first acquisition. The company has snapped up Stamped, a mobile recommendations application.

Mayer worked with Robby Stein, one of Stamped’s founders, at Google.

This appears to be an aquihire, as the company’s product and applications will be shut off by the end of the year. In its recent earnings call, Yahoo noted that it will transform into a mobile company, but that it lacked sufficient engieneering talent in that space.

[A]cquisitions are not something that will be hit hot and heavy up front. As transcribed by Sam Gustin: “‘We don’t have particular acquisitions in mind today, but we need that flexibility…’” She followed that by discussing smaller purchases.

This sort of purchase is now normal. As the price to start a company has declined – brought on by falling development costs – the number of startups with some funding and an application has proliferated. These companies make juicy targets for larger companies looking to bring moxie to their perhaps stodgy mobile presence. It would not surprise to see Yahoo make a number of similar purchases in the coming months.

Financial terms of the deal are not known, but it was likely a smaller cash purchase with vesting shares over a multi-year period. Stamped had raised a total of $3 million over two rounds. I would be surprised if its investors didn’t at least get their money back. A high multiple, however, is all but out of the question.

Read next: The Next Web's Windows 8 app is live, come and get it!