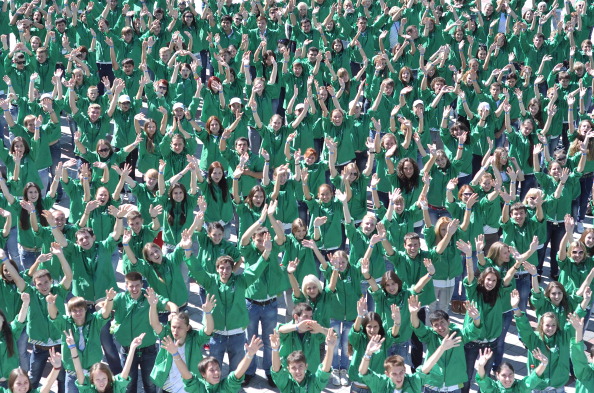 Gigwalk, the mobile workforce application, is announcing today that it has raised $6 million from August Capital for its Series A round of funding. This round will allow it to extend their work to help give businesses “instant access to talented, smartphone-enabled workers across the country”.

Launched in 2010, it functions similar to a temp agency, but enables businesses to get the largest cohesive workforce available to them to handle a lot of data. And a big part of that process is done through the mobile device.

Previously, the company had raised $1.7 million for its seed round. August Capital will be joining a huge lineup of impressive investors, including Greylock, Harrison Metal, SoftTech VC, Founder Collective, and AdMob founder Omar Hamoui.

The company is also making a change in its leadership team as well — co-founder Ariel Seidman has announced his departure to focus on other projects. Bob Bahramipour, Gigwalk’s former VP of Business Development, has been named to succeed him as CEO. Matt Crampton, the other co-founder and CTO, will continue his roll as CTO and now be the Head of Product.

Since its debut in 2010, Gigwalk has seen some impressive statistics with its program. 72% of all its customers are repeat users — which is highlighted by its third announcement of the day: a renewed partnership with Microsoft to expand its service to help place over 100,000 photo-capture Gigs in 3,500 cities across the country.

David Gedye, Microsoft’s principal program manager, says Gigwalk enables them to “cost-effectively mobilize thousands of reliable workers to collect rich information and images that would normally be expensive and time consuming to access. What really impressed us last year was how quickly we were able to collect Photosynths of local businesses, and the quality of the work that was delivered.”

Bahramipour believes that with this renewed investment by Microsoft, it demonstrates a need within the business world for an “instant, easy-to-access workforce.” Just a year ago, Gigwalk had thousands of its workers complete tens of thousands of Gigs for Microsoft’s Bing product across seven major metropolitan areas. With today’s announcement, the company will expand the Bing program to cover 3,500 cities around the country.

While more repeat business is being done, Gigwalk is also paying attention to the increased spend by its customers. Bahramipour tells us that after the first Gig, the company is noticing that there is a 200% increase in spend. To that end, Gigwalk is going to be using its newest infusion of cash to help improve its platform and help make its metrics more interesting and useful for customers.

Additionally, last summer, it launched a self-service robust portal that allows customers to post Gigs themselves. Usage of it exploded and now the goal will be to make needed updates so that it can scale. Lastly, Gigwalk will begin to hire more employees as it tries to support its internal staff of 12 full-timers and contractors.

Read next: Nintendo showcases new Wii U console in frenetic new TV ad in the UK