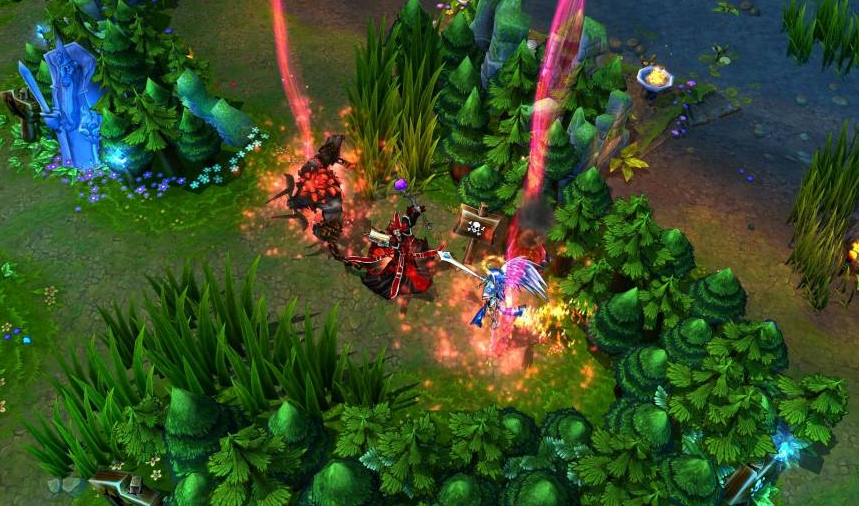 Hello from Los Angeles*. If you are a fan of either esports or League of Legends, currently the world’s most popular video game, today is big day: the conclusion of Season 2, which will see the crowning team take home a cool $1 million.

For a five man team, that’s big money. Especially in esports, the expanding competitive gaming scene that has seen meteoric growth in the past few years.

So, should you tune in? Yes, but for a very specific reason. If you are not a gamer, no worries; if you don’t know an esport from a physical activity, no worries; if you think that gaming is a waste of time, no worries. You should tune in today because esports is the mixing point of a large number of important – and growing – market factors.

Online streaming, the evolution of video on demand, the young male demographic, the increasing pervasiveness of gaming itself, and the fragmentation of the television market as the prime place to dump ad dollars reach a meeting place in esports. Competitive gaming itself was stuck in a holding pattern until streaming services such as Twitch.TV and Own3d.TV made it possible to broadcast tournaments across the Internet to every corner of the world, instantly.

That and the constant plugging away of groups such as Major League Gaming had laid a field ripe for growth. It came, in the form of Starcraft 2, and League of Legends, the two – arguably – most important esports titles.

So, today, as the Taipei Assassins square off against the Azubu Frost, you should spare a minute and watch. No, you won’t get the intricacy of the game in one sitting, but this sort of content is not only here to stay, it’s growing in leaps and bounds. As ‘free to play’ itself becomes all the more powerful, the trends boosting esports will only strengthen.

So, at 6:30 Pacific today, head over to Twitch, which will direct you to a live stream. Tune in with a few hundred thousand other people, and learn.

Oh, and get dunked, Assassins.

*Riot Games flew myself out along with a slew of other writers who cover gaming and put us up in the local DoubleTree. I was contemplating flying myself down for the event, so I happily took them up on the invitation.

Read next: Obama and Romney talk technology policy in letters to the NY Tech Meetup