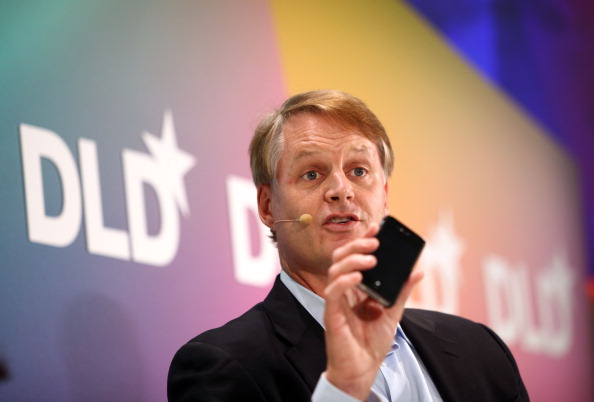 The President and CEO of eBay had some choice words to say about tech companies today while on stage at the Boxworks conference. Sitting down for an interview with venture capitalist Marc Andresseen, John Donahoe spoke about his experience being the CEO of the world’s largest auction site and how he managed to help change the company’s culture to create a more successful organization.

Prior to joining the company, Donahoe had a meeting with eBay’s founder, Pierre Omidyar, to understand what he would encounter as the first non-founder leader of the company. Omidyar was “crystal clear” about what he cared about for the company — being able to create opportunities for people around the world, where success is not measured by revenue or forecast, but rather by the number of people impacted by the platform.

Donahoe joined eBay at the turn of its second decade of existence. He recognized that the pace in change of technology was rapidly accelerating with changes in consumer behavior being unprecedented. “The consumer will lead us to places where we would never have expected,” says Donahoe, and that means that companies need to innovate and change continously.

He told eBay on his first day that they needed to confront turnaround and was really honest with his team — this helped to go a long way to create an enduring company. A company will find themselves going through these spells every 5-10 years, Donahoe said, and in order to overcome, you must face adversity. If you avoid the encounter, you are doomed to fade into oblivion. But if you embrace it, you are the wiser and your company will succeed.

Donahoe laid out his theory for what would make a great post-founder CEO: you must view it as a form of management/leadership innovation. Discover how to revive that magical alchemy that the founders breathed into the company while also finding a way to blend it with the scale and the global nature of a large corporation. At eBay, it’s acquiring smaller startups and integrating the founders into positions of leadership and authority to help reshape the culture.

But for the manager that comes into a business with no tech background, don’t worry…it’s not rocket science. Understand the core values of the company and what was created by the founders. It’s important that you feel and you believe it. You must also be ruthlessly objective in how you keep the core values alive today while also telling the truth and embracing change. Respect the alchemy of innovation — understand the circumstances and the people that you need to surround yourself with in order to promote innovation. And don’t think that it’s limited by hierarchy: for Donahoe, he makes himself available to speak with engineers at lower levels because they’re building exciting stuff and they also have the freedom to fail. The excitement helps to create great things for the company.

Tomorrow, eBay is planning on making an announcement that will affect the way buyers and sellers are connected to each other. TNW will be there covering the news to let you know what’s going on.

Read next: Pandora reveals it is paying popular artists anywhere between $10,000 and $3 million annually