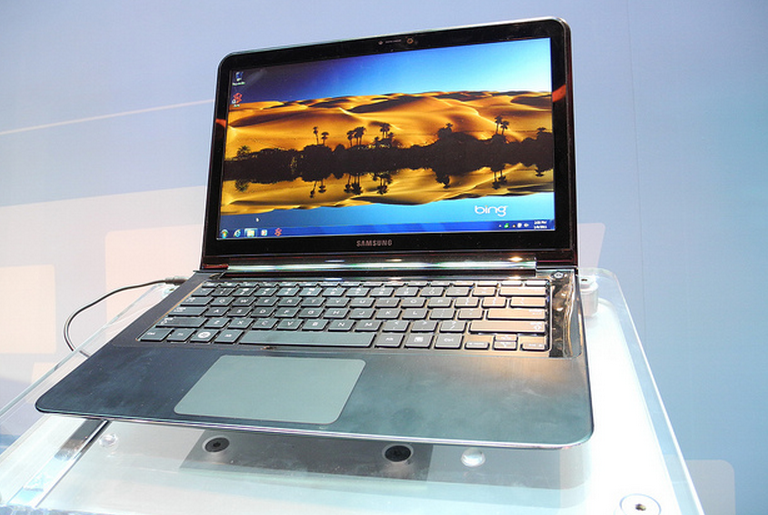 Note: Yes, there is a real difference between shipped and sold. I was trying to make a much larger point, but I’ll add a short note to clarify some notes that I’ve received. When we’re discussing total units shipped over the coming year, or in a quarter that will see more than 10 million devices sent out, we are dealing with functional see-through rates; you don’t send out an 8 figure number of devices if you have fat left over inventory from the last quarter. That’s my mental process behind much of the direct comparisons in this post.

To prevent receiving a number of snotty emails, I want to say this up front: I recently needed to pick up a new laptop. After checking through just about every Ultrabook review I could, I ended up buying a Macbook Air. I’m writing this article on that device. Calling me a fanboy is a waste of time.

Today a fresh narrative has sprung forth, proclaiming that Ultrabooks, never the hit that they might have been, are in decline, kaput, even; here’s a sampling: TechCrunch: “Remember Ultrabooks? Yeah, That Was A Good Time.” All Things D: “Consumers: Wait, What’s an Ultrabook?”

You can’t really blame the headlines, however, as the source material that they are pulling from sports this title: “Dude, You’re Not Getting an Ultrabook.” Talk about pre-spin.

Anyway, let’s take this apart a bit, as what we are seeing here is some bad math juggling if I have it right. As always, I could be wrong; the comments are yours to use to correct me. I’ll try to remember and check back to read what you have to say.

IHS iSuppli today cut its 2012 forecast for Ultrabook sales from 22 million units shipped, to 10.3 million. That’s a massive decline, over 50% if you run the sums. Even more, the new figure is comically lopsided in terms of distribution: “In the newly adjusted forecast for 2012, more than half of the shipments for the year are expected to come in the fourth quarter.”

More than half, hey? That means that in the fourth quarter, more than 5.15 million Ultrabooks will ship. Let’s say six million for quarter, to have a nice round number.

Now, what to compare it to? How about Apple’s laptop shipments for the last few quarters, for perspective? Recall that we are discussing but a slice of total Window-based laptops that will be sold in 2012, and most especially in its last quarter, according to IHS iSuppli. Here are Apple’s aggregate (Pro + Air) laptop sales from its last five quarters:

Thus, following a cut in its Ultrabook forecasts, IHS iSuppli is forecasting that in the final quarter of 2012 (calendar, naturally), that a specific class of Windows-based laptops will outsell Apple’s best recent quarter by more than 50%, using our 6 million unit estimate.

Why do I say that? Because IHS iSuppli itself has forecasted, in its own rejiggered data that Ultrabooks are set to beat the pants off of Apple’s laptops in the coming year.

Here’s the new IHS iSuppli forecast chart of Ultrabook sales for the next few quarters, and for 2012 as a whole:

Why do I keep using Apple laptop figures as perspective? Because it’s a great way to find scale. We all know how popular Cupertino’s mobile machines are, which helps to put other sales numbers into perspective when they are stacked up next to each other.

The tl;dr of all of this is that sure, IHS iSuppli borked its first forecast of 2012 Ultrabook sales, but given its new forecasts, that hardly matters; the device varietal is hugely successful when compared to Apple’s lineup, and is set to, according to the group, explode in 2013.

Does that sound a bit, well, off? I think it does. That’s what IHS iSuppli is saying, but I don’t really buy it. I don’t think that Ultrabooks are going to move 14-15 million units in Q4 2013; that just feels high.

And that brings me to why all these numbers are annoying: an influential group fucked up its initial forecasts, then, came out and blamed the market for not ‘doing it right.’ It rewrote its report, and then we in the media used Intel’s failure to live up to our own expectations to snark at Microsoft. What?

Something to keep in mind: We’re entering into a brand new era for Windows. Tablets are about to upend the Windows cart.

Who thinks this? Microsoft. The company said, earlier this year, that tablets will outsell desktops in 2013. That’s a core piece of its business beaten out by a relative upstart. That’s the amount of emphasis the company puts on tablets. Ultrabooks are a piece of the laptop pie that comprises Windows on the go for the moment, but hardly its future mobile strategy.

The Surface is coming, a device of great potential if it hits proper price points. That could reduce Ultrabook shipments, of course. But no matter how you break it down, today’s data doesn’t detail the decline and fall of Ultrabooks, but instead their growth into one of several key Windows-based machine categories.

So let’s keep some perspective.