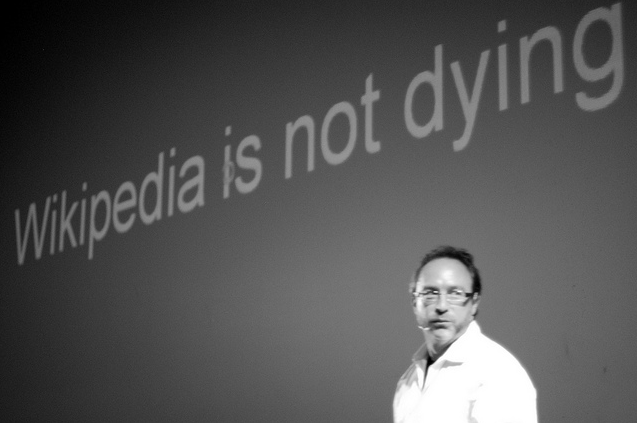 As many of you may have already noticed, Wikipedia is down, and no it was not done as a retro-active SOPA protest. According to the site’s performance and availability status, everything from the API to the site’s blog is currently off the grid, with the exception of the mobile site.

At the moment, we have no official word as to the cause of this downtime, but it surely is an excellent opportunity to request donations from users. According to The Verge, an ‘unverified statement posted in the site’s IRC channel gives more detail’:

Wikipedia is currently down due to networking issues. No ETA is known at the moment. If you want to browse the wiki, please try other tools such as Archive.org and GoogleCache.”

Update: A new error page has been added to Wikipedia.com. It reads:

Our servers are currently experiencing a technical problem. This is probably temporary and should be fixed soon. Please try again in a few minutes.

You may be able to get further information in the #wikipedia channel on the Freenode IRC network.

The Wikimedia Foundation is a non-profit organisation which hosts some of the most popular sites on the Internet, including Wikipedia. It has a constant need to purchase new hardware. If you would like to help, please donate.

Note the funding link above. Hopefully this outage isn’t related to a lack of resources.

We’re having some technical issues, but our engineers are working on it. We’ll be back soon! ur1.ca/47ok4

Update 2: According to Wikimedia DC, servers are down in Tampa due to network issues.

Whilst #Wikipedia servers are down in Tampa due to network issues you can still use tools such as Archive.org and Google Tools

Update 3: Wikipedia appears to be back online 100%.