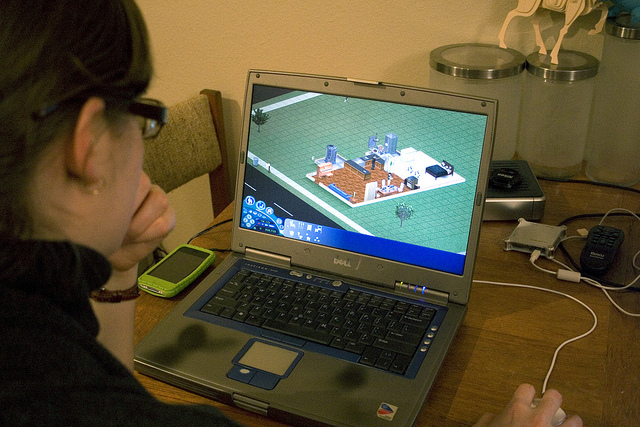 According to a report from The Verge, EA has decided to sue social gaming company Zynga over striking similarities to one of its most popular franchises, The Sims, and specifically the “Social” edition.

Zynga’s new game “The Ville” was unveiled at an event last month in San Francisco, causing us (and everyone else) to think “copycat.” Clearly, EA agrees. Here’s what Lucy Bradshaw, GM of EA’s Maxis label had to say today:

The similarities go well beyond any superficial resemblance. Zynga’s design choices, animations, visual arrangements and character motions and actions have been directly lifted from The Sims Social. The copying was so comprehensive that the two games are, to an uninitiated observer, largely indistinguishable. Scores of media and bloggers commented on the blatant mimicry.

You can read the post from EA about the matter, which goes into its thoughts in pretty great detail:

The core legal issue is our belief that Zynga infringed copyrights to our game, The Sims Social. In legal terms, our claim is that Zynga copied the original and distinctive expressive elements of The Sims Social in a clear violation of the U.S. copyright laws.

The legal reasons are solid. But for creative teams who feel that their hard work and imaginations have been ripped off, there’s obviously an emotional element too.

The lawsuit from EA states that Zynga “copied and misappropriated the original and distinctive expressive elements of The Sims Social in a violation of U.S. copyright laws.”

This hasn’t been the best few weeks for Zynga, which recently had its latest earnings call amidst its stock taking a tremendous nosedive.

How similar are the games? You be the judge:

The Ville from Zynga

The Sims from EA

Over the years, we’ve heard anecdotes supporting the fact that Zynga has no problem copying aspects of popular games, hoping to capitalize on its massive infrastructure to monetize them. EA says that the lawsuit is based on “principle” and sets out to make a “point.”

EA has been at this “game” for a long time, and would clearly not move forward with such a lawsuit unless it felt that its case was strong. On the other hand, Zynga didn’t go into announcing The Ville blindly either, so it will be a landmark case for both companies.

We’ve reached out to Zynga for comment, and will let you know what we hear back.

UPDATE: Zynga’s General Counsel, Reggie Davis, has given The Next Web a statement on the matter.

Read next: TNW is selling 3 startup ideas, plus their domains. Here's an update on the auctions