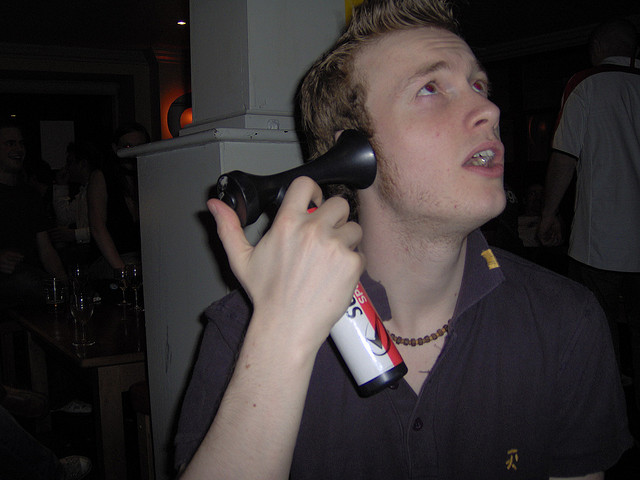 For those of us who are uber geeks, seeing the new Digg launch yesterday was a pretty cool moment. Rarely do we see a web property tumble like Digg did and then rise from the ashes in any form whatsoever, let alone in a public way.

I totally respect the work that the Betaworks team did in such a short time, less than six weeks, but I feel like they left out the most important part of Digg and social aggregation in general – commenting.

If you ask the original Digg support team, they’ll probably tell you that comments were the bane of their existence. The comments on popular story often went off-topic and became filled with spam, but that’s because it’s a challenging feature. Something that’s challenging means that it’s absolutely worth it.

When you have an experience as important as what Digg offers, the ability to submit and vote up stories, removing something as huge as interaction from the equation is just plain laziness in my opinion. Before you say “But Drew, what have you built lately?”, I have worked on numerous teams that have scaled complex platforms. It’s possible, if you value what comes out of the hard work.

Clearly, Betaworks didn’t feel like conversation was an important part of the Digg experience, so it simply chopped it off.

I personally like simplifying things, but not at the expense of innovation. What Digg did for so many years was pretty innovative, and Reddit simply trounced it. Commenting is one of the most essential pieces to Reddit, and somehow the community polices itself.

Betaworks did say that it was out to create something new, and not to replicate existing properties:

Sure, I dig the fact that Bitly’s new Realtime service is powering some of the aggregation of items here, and I like the clean design, even though some have asked if it’s a WordPress theme, but I don’t see true innovation here. I’m a patient person, and I know that building things takes time, but I don’t want Betaworks to think that the evolution of news doesn’t include people’s voices.

The “best of what the Internet is talking about” isn’t machine driven or share driven, it’s conversation driven.

What say you? Do you like being able to comment on hot news and stories in addition to reading and sharing them? Let us know…in the comments.

Read next: Along with Windows 8, Windows RT and Windows Server 2012 have been released to manufacturing