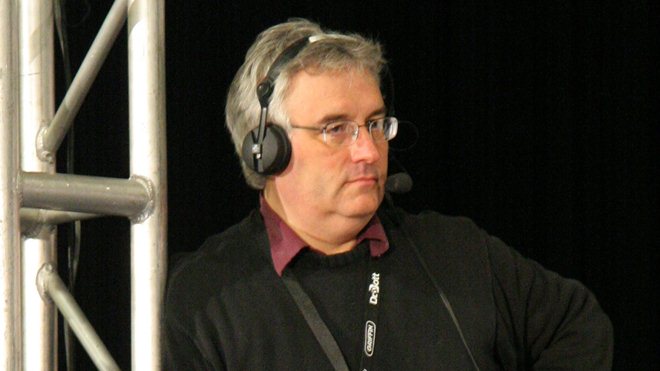 Noted tech broadcast network This Week in Tech (TWiT) grossed $3.75 million in revenue during 2011, and that figure is likely to kick on and surpass $4 million this year, according to founder Leo Laporte.

Update: Laporte explains, in a tweet, that TWiT revenues hit $4.2 million last year, and predicted to hit $6 million this year.

Laporte took to Reddit — in an ‘ask me anything’ (AMA) thread — which was typically chatty and revealed plenty of details about the 2005-founded network, which runs 25 shows, including flagship broadcasts The Tech Guy and This Week in Tech.

The impressive revenues figures Laporte mentioned come from reader donations and, of course, advertising. Laporte says that the numbers are set to grow higher still as partner Lisa Kentzell — who manages the business side of things — aims to increase income by 50 percent this year, and take the company to the next level:

Lisa says she plans to increase revenue 50% next year. I think she can do it. We are all working very hard to build something permanent (and much bigger than LeoTV).

Responding to questions, Laporte confirmed that Kentzell is his romantic partner, a fact that was awkwardly revealed last year, before going on to explain the importance of her role, which allows him to focus on content:

Lisa and I are excellent business partners. There’s no way I could do the shows I do and run the business. She understands and fully supports what we’re trying to do with TWiT. I think TWiT is much better for our partnership.

Very few startups can work with a single founder. There’s almost always a vision/product person and a business person. I tried to do TWiT without Lisa but it really didn’t take off until she arrived about four years ago.

Laporte’s efforts are entirely self-hosted, but that could have been different at one point. He looked into bringing the content to YouTube, as part of its push for original programming, but a deal never materialised since the show was unable to conform to the Google-owned site’s advertising regulations:

We tried to get on YouTube Live but were turned down. Turns out they only want content that doesn’t already have ads.

On the subject of his future, 55-year old Laporte told Redditors that he plans to continue to broadcast until his voice goes. The veteran tech journalist explained: “I love what I do and I can’t imagine getting up in the morning and not having a show to do.”

Reflecting on the other end of his career, the beginning, Laporte recalled how a stint serving diners in college got him into broadcasting. One day, a customer, annoyed by the goofy accents and voices he put on while working, told him to “save it for radio”. Laporte took the comment literally and auditioned for and landed a role with the campus radio station – his first break.

Among the other stories Laporte revealed is the reason why notable tech figure Jason Calacanis parted ways with the site back in 2010. Laporte says:

As for me and Jason. I really like the guy, but I felt that he used TWiT to promote himself and then launched a copy-cat network. He’s done the same thing before (Propellor was a direct copy of Digg.) After he launched his network I didn’t see any benefit to allow him to continue promoting it on my network.

You can read the full thread over at Reddit for more details.

Oh, and by the way, don’t miss next week’s This Week in Google, featuring TNW’s own Drew Olanoff.

Read next: Now you can print documents direct from Google Drive at Fedex Office stores