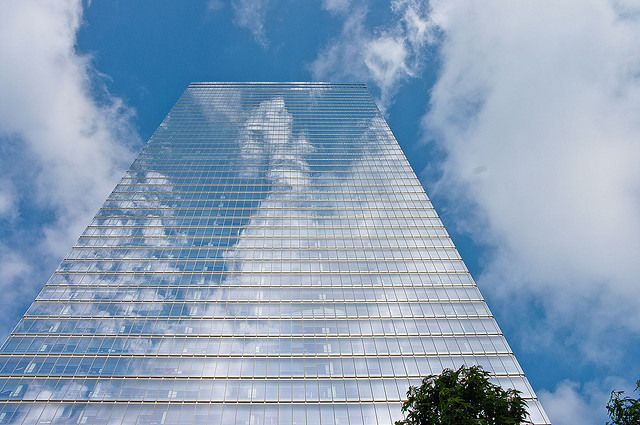 For those of you who thought that big companies like Microsoft, Google and Amazon would “own” the cloud, think again. When it comes to enterprise file hosting and sharing, Box is the king. To continue the royal effort, Box has announced a new massive $125M round of funding. Add that to the $162 million it has already raised, and you have yourself an enterprise powerhouse.

General Atlantic kicked in the biggest piece of the pie at $100M, with the rest coming from existing investors, and will lend its operating partner and former CIO of General Electric, Gary Reiner, to Box’s board of directors.

It’s all pretty amazing when you realize that Box was started in 2005 for a college business project by its CEO Aaron Levie and CFO Dylan Smith.

When I spoke to Smith, I cut right to the chase and asked him what the bulk of the funds were going to be used for. He wasted no time in making it clear that Box is ready to set up shop in London and hit the international market by storm. Currently, 20% of Box’s business comes from outside of the United States, and its looking to increase that adoption starting with Europe.

During the first half of 2012, Box’s sales increased 200% year-over-year, doubling the average size of the deal it closes during the same time. Box has an impressive customer base that consists of 92% of the Fortune 500 companies. Its total roster of 120,000 clients include Procter & Gamble, DraemWorks and Netflix.

Smith told me that acquisitions are always a possibility for Box, as it looks to strengthen its core offerings, which includes hosting, sharing, management and editing features for enterprise documents. A huge plus of Box’s offerings is that it’s cross-platform, recently launching its app on Windows Phone and signing a pre-install deal with Qualcomm.

Here’s what Box’s CEO, Aaron Levie, had to say about the new massive round of funding:

The confluence of cloud, mobile and social technology is transforming how every enterprise and individual manages information today. This new funding allows us to invest aggressively in the talent, technology and global expansion efforts required for Box to sit at the center of this shift and define the next generation of enterprise software.

During my conversation with Smith, he shared some of the interesting hurdles that Box has become better at navigating through, specifically gaining trust with huge enterprise companies when it comes to security. That seems to be the main thing that holds companies back from fully utilizing the cloud and Box is in a perfect position to be the trustworthy partner.

Needless to say, this round of funding ensures that Box isn’t going anywhere anytime soon and neither are your documents.