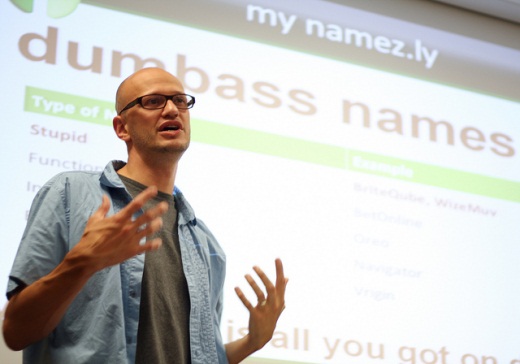 Exclusive – Founder Institute, the early-stage startup accelerator that aims to ‘globalize Silicon Valley’, is doubling down on Europe big time.

Over the past two years, Founder Institute says it has helped launch 538 tech companies, 94 of which are based in Europe (or roughly 19%). The accelerator claims these startups have created over 400 jobs across programs in Amsterdam, Berlin, Brussels, Madrid, and Paris.

Founder Institute founder Adeo Ressi tells me he considers Europe a key growth market for them. Hence, the accelerator is organizing free events in Rome, Zagreb and more European cities this summer, and is also recruiting people from local startup ecosystems to launch new chapters in London, Prague, Kiev, Dublin, Helsinki, Copenhagen, Lisbon, Milan and Barcelona, among others.

Ressi says the Founder Institute works well in Europe because of three things: the program doesn’t require participants to quit their day jobs (thus mitigating the risk and lowering the barrier), it taps into existing startup ecosystems thanks to partnerships with local governments, entrepreneurship groups and organizations, and it offers great flexibility in terms of follow-up funding.

After the launch of ten locations, the Founder Institute asserts that it will be on pace to launch over 250 European tech startups per year in 2013, generating as many as 1,000 new jobs per year.

(Full disclosure: I’ve mentored at the Founder Institute programs in Brussels in the past)