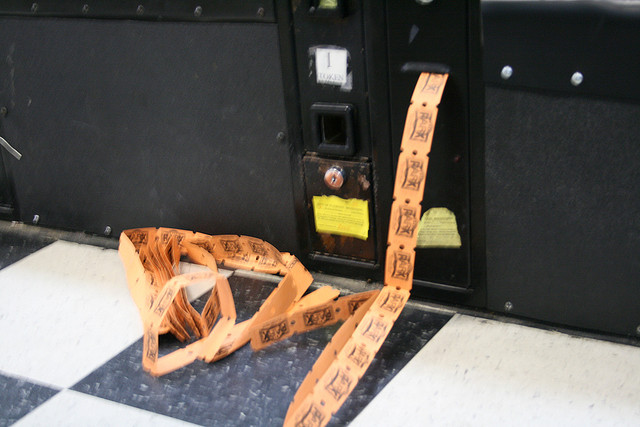 Co-founder and CEO of Kiip, Brian Wong, told me that a round of funding was fantastic news by his standards, but he and the company are laser-focused on revolutionizing mobile advertising for all parties involved. He meant it.

Today, mobile rewards leader Kiip announced an $11 million Series B round of funding, having raised a $4 million A round back in April 2011. The money has gone a long way, as Wong has grown out the company quite a bit, expanding its network of developers to well over 400, and attracting more than just traditional games.

The round was led by Relay Ventures with A round participants Hummer Winblad and True Ventures participating as well.

When I spoke to Wong last week, he told me that the money will go to growing out a sales team, as well as bringing more engineers into the fold. The company has honestly revolutionized mobile advertising as we know it, making real-world rewards a part of regular gaming experience for consumers. By not disrupting the flow of an app, Kiip can make both advertisers and consumers happy by providing a valuable service to both.

Consumers get great rewards from companies like Best Buy, Sears and Sephora, and those companies get qualified leads and potential brand champions. The neat nuance to the rewards are even if you don’t want them, you can pass them off to a friend, which makes this “advertising unit” viral.

Kiip says that over 100 million “moments” are tracked via its system every month, which is the number of achievements that are reached in its network of games. Not every achievement gets fulfilled with a reward, but these moments are the units available to interested advertisers.

Here’s what Wong had to say about Kiip’s success and latest round of funding:

It is an honor to receive this infusion from such a renowned group of investors, with the insight and influence to help the Kiip team lead the charge to bring rewards into everyday life. It has been a tremendously rewarding team effort to build an entirely new industry category that created the coveted win-win-win.

Advertisers want to see engagement, and Wong tells me that the company consistently sees the rate hovering at and surpassing 20%, which is absolutely unheard of in mobile advertising, let alone any advertising at all. Once a user has redeemed a Kiip reward, their engagement rate jumps up to 50%.

Wong tells me that the company is focused on making itself a consumer-facing brand rather than an “advertising network.” With that in mind, Kiip is working on a mobile rewards wallet called “Kiipsake”, which will let users track all of their rewards among the the different apps that they use which utilize Kiip rewards.

Managing Director of Relay Ventures, Kevin Talbot, is joining the Kiip board and had this to say about the investment, and Kiip’s potential:

Kiip is the first company to identify and effectively leverage the massive mobile rewards market for games and apps. We’re excited to lead this round of funding that will empower Kiip’s brilliant team to take their model to another level of growth.

Kiip made waves with its developer’s fund, which is currently mentoring some of the apps using Kiip rewards right now. Wong tells me that he’s seen a lot of interest from folks making health apps, to-do apps, and anything that has an achievable “goal”, which can leverage a physical reward from say, a company like Pepsi.

One of the more interesting bits of news about Kiip came out last month when Wong told me that the company is working on making its SDK available for HTML5 apps, which means that you’ll see be able to win rewards within Facebook games, or any other platform on the web. So if you’re wondering why or how the company scored an $11 million B round, that’s definitely part of the reason.

Read next: Loggly lands $5.7m from True Ventures and others for log management platform, hires CEO and CTO