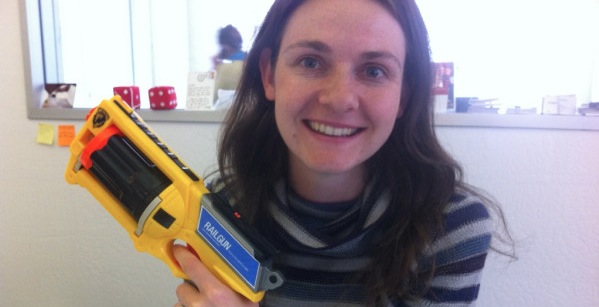 .
Sometimes we get to do fun little projects here at TNW. In conjunction with our friends at VentureBeat and Trend Hunter, today is the start of one such venture. Each of our sites is going to individually pick a company and tell you about them. Then, the other sites are going to take an in-depth look at that company to see if there are ways that we can think of to help them out. Call it consulting if you want, but we’re just looking at this as an interesting aside to our daily news routine.

From us here at TNW, you’ll be hearing about CloudFlare. The San Francisco company, which we’ve written about a few times before, is taking an interesting approach to website security and it just so happened to speed up sites in the process. Though as time has gone on, it has placed itself into the interesting position of trying to fix a broken Internet.

In my talks with CloudFlare CEO Matthew Prince, he’s often talked about feeling a responsibility to provide solutions to complex problems, even if those problems aren’t necessarily within the wheelhouse of what CloudFlare might normally do. While some of the company’s tools, such as two-click IPv6, are definitely in line with its stated goals, there are others such as content-scraping protection which fall just outside the bounds that would be considered normal.

CloudFlare is also taking a unique route of doing business, and it’s giving away many of its core tools for free. Instead of relying on AWS or some other type of cloud-based infrastructure, the company decided to use its own hardware. While the initial cost is higher, Prince tells me that it makes sense in the long run:

“Part of the reason we can, for example, mitigate a huge DDoS attack is because we own and control our own routers and have direct relationships with our upstream providers. When an attack comes in, we’ve invested the resources in making sure that we have the ability to mitigate it at the network level, and escalate it upstream to our transit providers if need be. That’s not possible if you’ve outsourced your network and infrastructure to AWS.”

The latest move from the company is to join up with hosting providers, providing optimizations and access to its newest tool, dubbed Railgun, as part of the program. Vexxhost, A2 Hosting, Media Temple, DreamHost, Host Papa, Bluehost, and Site5 are the first hosts within the program, which aims to make them every bit as fast around the world as they are close to home.

“Hosting has traditionally been a somewhat regional business. CloudFlare’s Railgun allows a host to offer fast service around the world, regardless of where their data center is located. Hosts can literally challenge the speed of light to offer their customers the fastest possible web performance.” – Matthew Prince

Better still? The program is free for hosting providers who have a minimum number of clients using CloudFlare’s services. The addition of Railgun to CloudFlare’s hosting-side service is potentially huge. For an in-depth look at what the company is doing, check out this blog post. The Cliff’s Notes version? Railgun lets websites cache the 34% of Web content that has previously been uncacheable, making the end user experience faster and lowering hosting provider costs.

CloudFlare’s stated philosophy has always been to engineer its way out of problems, rather than trying to buy an escape. Prince posits that this makes sense not only because it allows you to build great tools, but it also attracts more engineers. The company as a whole tends to focus on building, and to this day doesn’t have a single person working in marketing:

“If you look at the companies that become Internet giants, being engineering-driven is core.”

Make sure to check back on Wednesday as we delve into our consulting series with Trend Hunter’s pick, CrowdTwist.

Read next: The secret to launching the perfect startup, but not really