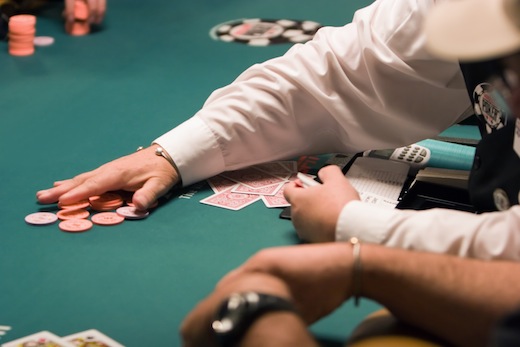 An exclusive report from eGaming Review (eGR) – behind a paywall – says Zynga is ‘leading the race’ to acquire Ongame, although there are four other unnamed bidders at the table (poker pun intended).

Zynga has made a ‘verbal offer’, according to eGR’s sources, and have reportedly visited Ongame’s Stockholm headquarters last Friday.

Gambling table and slot machine maker Shuffle Master had already agreed and announced that it would be purchasing for up to $38.9 million in cash in February 2012, but it dropped those plans last week.

Interestingly, Shuffle Master said it would pay out 10 million euros ($12.6 million) of that total purchase price within five years of the transaction closing, provided that real-money online poker would be legal in the United States within such period – something that will happen eventually but is taking time.

Ongame is the world’s leading B2B online poker provider, serving partnes including bwin, Betfair, Betsson and Unibet. Reaching over 20 million customers in more than 25 markets, with an international network licensed in Gibraltar, as well as regional networks in Italy and France.

The company is owned by Bwin.party as a result of an earlier merger, and has been dubbed by the latter as a ‘surplus asset’.

Zynga of course offers a wildly popular poker game called – wait for it – Zynga Poker, which can be played on Zynga.com, Facebook, iOS and Android devices.

In fact, Zynga Poker was the company’s very first game.

It certainly makes a lot of sense for them to buy Ongame Networks, even if it’s to keep it out of the hands of other players looking to move online with poker games as soon as it becomes legal in the US, and the company certainly has the cash on hand to make this kind of acquisition.