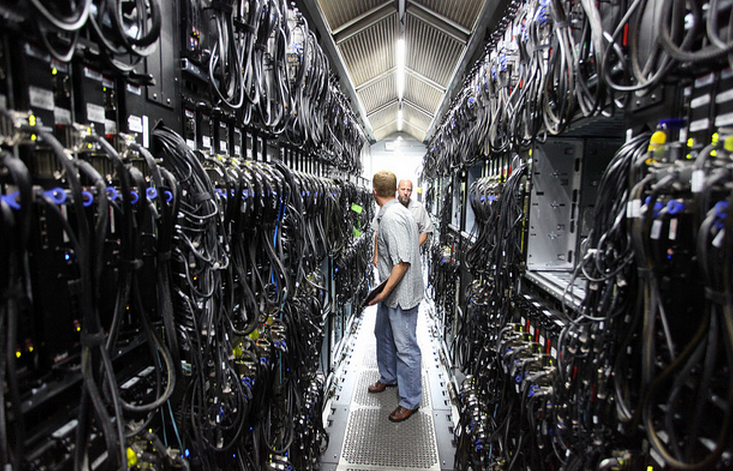 Today it was made known that the previously announced acquisition of AboveNet by Zayo has completed. When news of the deal first broke, the New York Times pegged its valuation at $2.2 billion in cash.

The agreement represents the creation of a massive fiber infrastructure company, one that has deep digital tendrils in the United States, the United Kingdom, and greater Europe; the two companies describe the deal as the genesis of a ‘pure-play bandwidth infrastructure provider.’ Or, in English, the two companies own massive pipes that the Internet flows through; they aim to be several vertebrates of the Internet’s backbone.

The scale of the deal is simpler to understand with numbers. The following figures are self reported: the combined company owns 61,000 ‘route’ miles, which contain some 4.6 million miles of fiber. That capacity supports some 9,000 buildings, datacenters, and cell phone towers.

What many people often forget is just how much capacity there is in the fiber networks of the world. The information that flows from your house to a server in London isn’t all on Comcast’s cables, of course. And larger companies that control their own data centers need to be on the nothing but the fastest connection. Companies like Zayo fill in those gaps.

The value of the deal, $2.2 billion in cash, puts the need for such capacity in dollar-scale: this sort of service is expensive, and needed. As the world becomes more connected, it only requires more and more data capacity. Zayo, which has made 20 acquisitions now, is setting itself up to be at the very center of that expanding demand.

The obvious word of warning is that in the 1990’s many firms overbuilt, expecting data demand that never materialized. However, now, it could be argued, the demand growth curve isn’t theory, it’s measurable fact. And with ever more devices coming online, it could be that Sayo is making the best that other made some 15 and 20 years ago, but at the right moment.