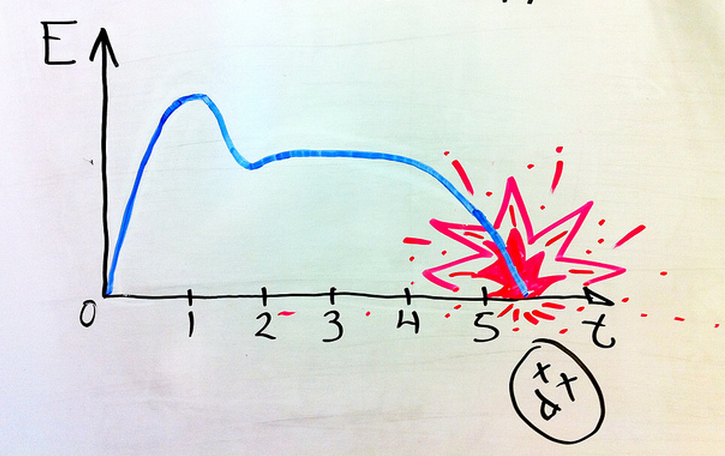 It’s a strange game, comparing the relative size of websites. The pageview, once the key metric that ruled them all, is in decline as technology leaves it slowly in the dust, gripping several ’90s business plans as it fades away.

And yet we do it anyway, mostly because it’s fun, and generally results in a good post. Don’t think that the tech press is alone in such idle shenanigans, this sort of unmakeable-and-yet-often-made comparison is executed all the time. Take, for example, a question you can hear on nearly any sports channel any day of the week: “How do you think the defense of [Team X] stacks up to the offence of [Team Y?]?” The responses are always great, if meaningless: “Well, if [Team Y] can keep the ball in the air, and hustle, [Team X] could have a rough day.”

The story out today is that Pinterest, according to the Pingdom blog, in the United States, is now more popular than Tumblr, or larger, depending on how you want to pose the conclusion. Pingdom, good guys it can be said, put together what is essentially a screenshot-based meta-analysis of public metrics to determine that in the United States, Pinterest bests Tumblr.

Now, everyone knows how wildly wrong services such as Compete, Alexa, and others are, so Pingdom decided to draw on them all, and ended up with a ‘score’ of 4:2, in favor of Pinterest, in terms of being larger in the United States.

Eric Eldon, commenting on the story, had a quip that is worth repeating: “Apples have overtaken oranges in the United States.” That’s one way of looking at it, but is the criticism fair? Let’s take a look at the sources, and what they were measuring, that led to their scoring:

Now, if we count up: +2 for Pinterest from two sources that provide no real numbers. +2 for Tumblr from more reputable sources that in fact do provide numbers. The ridiculous Experian report provides+0 for either group, given its lunacy. And finally, +1 for Tumblr for the comScore number, as there isn’t any hard data to back up that Pinterest has in fact taken over.

Thus, we have a 3:2 victory for Tumblr, and not a 4:2 win for Pinterest. You could manipulate all of that again, and probably prove that your personal blog is bigger than the New York Times.

Now, which service is bigger? Beats the hell out of me. My gut says that Tumblr is, by a fat margin. That’s just me, though; draw your own conclusion. Just don’t get lost in the hype. Oh, and one more thing, this is how Compete sees the two services, globally, in the last 12 months:

Read next: Windows Phone 8 apps to be available in 180 countries at launch, nearly 3 times the current figure